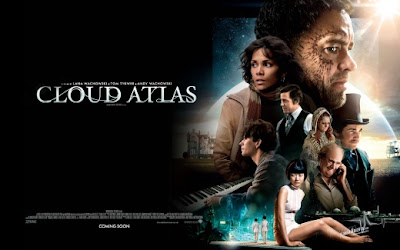 I have not yet seen every movie I wanted to see this year. And as always, I haven't seen nearly as many movies as professional film critics see. But that doesn't mean I don't have a few favorites among the ones I have seen. For better or worse, these are the six movies I've enjoyed most this year (your list may vary - I don't really care).

6. The Cabin in the Woods. Taking on several Horror movie tropes while adding a dash of Lovecraftian lore, Joss Whedon and Drew Goddard managed to turn the genre on its figurative ear with this insane and highly entertaining comedic film. Citing loads of classics and taking on even more stereotypes, The Cabin in the Woods is both a thrilling horror movie and an hysterical comedy, featuring some excellent performances from the likes of Bradley Whitford, Richard Jenkins, Sigourney Weaver and genre favorite Jodelle Ferland.


5. The Avengers. Whedon makes his second appearance on my list with his take on the Marvel Superheroes. Funny, thrilling and highly entertaining, The Avengers not only took up the mantle of the Marvel superhero movies that have come before, but allowed for some terrific interaction between some of the hottest actors in Hollywood. Some of the most fun I had at the movies all year.


4. Life of Pi. Director Ang Lee has never made a boring film and Life of Pi, while hardly perfect, is certainly indicative of Lee's take on the world as he sees it. Gorgeously photographed and often brilliantly acted (thanks to Suraj Sharma's terrific performance), Lee's version of Yann Martel's novel is often fascinating and always beautiful.


3. Chronicle. Writer Max Landis and director Josh Trask take on the Superhero genre using the first-person style of film making popularized by The Blair Witch Project with this witty and often intense film about three teens who suddenly find themselves imbued with super powers. This very smart and often thrilling (though ultimately tragic) movie has tons to say about teen angst; self-loathing and parental abuse, all while smartly exploring the dark side of being Peter Parker.


2. Prometheus. Ridey Scott's 'non-prequel' to Alien explores the origin of humanity while setting up many of the events n his 1979 Horror/Sci-Fi classic. Terrific performances from Micheal Fassbender and Charlize Theron override the many complaints from nit-pickers, while the automated 'abortion' scene provided one of the most horrific sequences ever put on film.


1. Cloud Atlas. Lots of people hated this adaptation of David Mitchell's novel from Tom Twyker and the Wachowski siblings. Many complained about some of the bad makeups while others faulted the plot's Karmic aspects. Personally, I loved the filmmakers' audacious attempt to create a movie unlike any that has come before. Creating an entirely new form of narrative story-telling, the three directors took what many considered an 'unfilmable' novel and made an extraordinary movie using a cast of exceptionally talented actors. Say what you will about Cloud Atlas, but I promise you've never seen a movie like it.


There are still plenty of films that I haven't seen this year and this list may change by the end of the month. And while these may not be the 'best' movies this year, they are the ones which I found most entertaining. What movies did you love this past year? I'd love to know.

A HAPPY AND HEALTHY NEW YEAR TO YOU BRIAN AND YOURS!
SEAN, TRUVY AND TRAMP