Reflections On a Randomly Assigned Value of Time 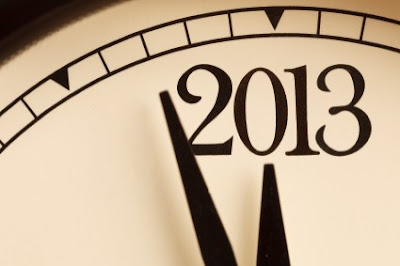 Time has been measured ever since man first realized there was a regularity to the rising and falling of the sun. But it's still a completely objective thing, cut into increments that make sense  to our own concepts of existence. Much like space, time is truly immeasurable and exists solely as a conceptual ideal. The dates on our modern calendars were set by an ancient Roman emperor, to coincide with the seasons. We gladly accept that this coming year is the 2013th year since the apocryphal life of a Nazarene who may or may not have lived in the Middle East some 2000-odd years ago (and there is very little in the way of historical proof of that).

Setting all of the religious; philosophical and astronomical implications aside, this past 'year' has proven to be a rather extraordinary one for Uncle Prospero. I performed in a musical for the first time in 10 years. I celebrated the 10th Anniversary of a philanthropic theatre company in which I was instrumental from the very start. I made new friends and visited places in the U.S. to which I'd never been. I finally got to act with a dear friend who I've been directing for the past 8 years. I saw some amazing theatre; movies and other performance arts. I set up a future artistic endeavor with one of the new friends I made this year and started a few new projects of my own. I rewrote two screenplays and outlined a dozen or more others. I blogged, Tweeted and Facebooked thousands of words, photos and videos. I also explored thousands of things both online and off, and tried to learn something new, everyday. I earned and spent money; attempted to dance (despite my aging, arthritic knees and total lack of coordination); grew closer to existing friends; cared for an aging parent and hopefully grew as a person.

I may not have millions of dollars or the perfect house/car/boat/whatever. I may not be a famous celebrity or an award-winning artist. Hell, I'm basically just another Joe Schmoe trying to make my way through another randomly assigned value of time. But I do have some rather amazing friends, family and acquaintances who help me get through every day. In the end, that's what really matters. Astronomy; Philosophy, Religion and Physics aside, all that really matters is living the life you want to live and loving the people who help you live it.

So far (with a few minor exceptions), I think I've done just that. And my 'New Year' wish for all of you is to have the same.

Sorry for the cheesy Rent clip but Larson actually had a good idea with that number.