How Many Times Do I Have to Say "Goodbye?" 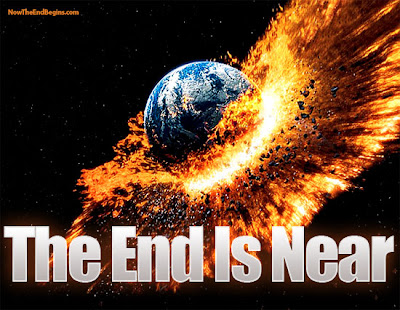 So the Apocalypse is upon once again. Did we learn nothing from the last time some lunatic announced the End of Days? Apparently, not.

Social media users are already complaining about how annoying 12/21/12 is going to be, so I thought I'd get it out of the way and move on to real things, again.

I suppose I might buy that if the Mayan calender could actually be applied to the modern Gregorian calender, then December 21st, 2012 could plausibly be where the Mayan calendar ends.  All well and good. But... it is has been verified that out of the world's many religions and cultures, the Maya are among the few people who don't have any sort of Apocalyptic mythology. And good ole NASA has happily provided reassurances to that effect:


I can hear all you Doomsayers: "Of course that's what NASA wants you to believe. They're in on it, man!" And there are plenty of delusional people who think that the Zombie Apocalypse is real, too. Uncle P may love me some Zombies, but I (like every rational human being) know the likelihood of such a think happening is far, far less than zero.

Of course, Hollywood has exploited The End ad nauseum:


I can't wait to wake up next Saturday and laugh...


Oh, I so love "Raising Hope" and it's perfect casting! Personally, I have too many things I'm looking forward to doing and experiencing to worry about some stupid and unmerited hoax revolving around a society that worshiped the sun and winged serpents while practicing ritual sacrifice. It all makes perfect sense, if you think about it. "Screw you, Catholic Spaniards! Our gods will protect... uh-oh! Well, screw you anyway. You only have another 600 years! Ha-ha!"

Still - at least one sure sign of the Apocalypse has reared its ugly head:


Sorry. I stopped after 58 seconds and wouldn't blame anyone who stopped sooner. Maybe the world should end, after all. At least we wouldn't have to worry about going to work that Monday. Of course, I already have that whole week off, so it doesn't make any difference to me.

More (most assuredly), anon.
Prospero
Posted by Prospero at 11:40 PM