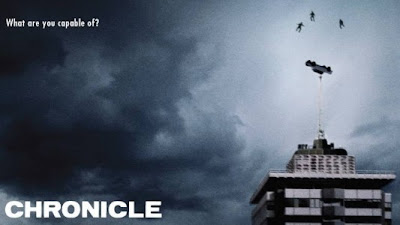 Okay, so I lied. I was planning on taking  a day off from blogging, but then I saw two movies today that I'd been saving on my DVR and wanted to talk about them, so there went that. And I'm also thinking that it would be nice this year to have at least a full month's worth of posts. which would satisfy that small part of my left brain that insists on order in at least some measure.

I had hoped to see both of these movies when there were current, but instead caught up with them on Showtime and Cinemax. First up: A Very Harold and Kumar 3D Christmas.

I have to admit that I really love Harold and Kumar Go to White Castle. The whole movie is just completely ridiculous and absurdly hilarious in the vein of Better Off Dead and Cheech and Chong's Up In Smoke. Outrageous, preposterous and downright silly, Kal Penn ("House") and John Cho (Star Trek) are perfect as two pot-smoking buddies on a quest for greasy fast food. Along they way they ride a cheetah through the woods and encounter a very wasted Neal Patrick Harris. The duo returned in 2008 with Harold and Kumar Escape from Guantanamo Bay, an equally outrageous but not quite as funny sequel (trailers may be NSFW):

Last year saw what is hopefully the last of the series. Set six years after Guantanamo Bay, the latest movie in the franchise has Harold married to a hot Latina, while working as a broker and trying desperately to win the approval of his father-in-law (Danny Trejo). Kumar, meanwhile, is still a stoner living like a slob months after his girlfriend left him. When a package arrives for Harold at Kumar's apartment, he decides to deliver it in person. The giant joint inside ends up burning down the Father-in-Law's prized Christmas tree and the quest for a replacement begins. What follows is a fairly depressing story involving an accidentally drugged baby; the Russian Mafia; Neal Patrick Harris denying his sexuality (albeit satirically); dosed eggnog; penis 'jokes' and shooting Santa in the head. That's not to say the movie doesn't have its moments. I did laugh more than once (some of the more obvious nods to the 3D were very amusing), but I was more often mystified as to why Penn and Cho would stoop to some of the truly appalling things that happen in this movie. 1/2* (Half a Star Out of Four) Trailer very NSFW:


But my disappointment in that movie was more than made up for by Josh Trask and Max Landis' exploration of the Superhero genre using the mostly first person "found footage" technique for Chronicle, a surprisingly effective film about three teenagers who suddenly find themselves with increasingly potent superpowers told mostly through the lens of shy young Andrew (Dane DeHaan) whose mother is dying and whose alcoholic father (Michael Kelly) copes by abusing his son. Andrew's closest friend is his cousin, Matt (hottie on-the-rise Alex Russell), who just wants Drew to put down the camera and enjoy being a teenager. Matt convinces Andrew to accompany him to a rave, where Matt and his buddy Steve (Michael B. Jordan) find a weird hole in the woods. When the three climb down into the hole, they discover a cave housing... something. While it is never explained what the object they encounter is, it appears both alien and sentient. After their encounter, they discover they have been changed.


A cleverly written take on the Superhero genre, Landis (son of famed director John) and Trask wisely introduce all the trappings of teenaged angst in their screenplay, without having to announce that they're doing so. The performances in Chronicle are as honest as any I've seen, with all three of the film's stars tapping into both the coming-of-age and comic book zeitgeists without a hint of irony or cheesiness. Russell, who will next be seen as Billy Nolan in the Carrie remake, is both likeable and believable as the trio's voice of reason, while DeHaan does his bast young Edward Furlong as the confused and angry Andrew. Jordan ("The Wire;" "Friday Night Lights;" "Parenthood") may be the most recognizable member of the cast and while he gets the least screentime of the three, Steve was the most relate-able and likeable character. The SFX in Chronicle are quite remarkable for an indie film, particularly during the rather breathtaking flying sequences. The eventual tragedy that comes from their circumstances, though obviously foreseeable, is no less tragic for being so and is made so much more poignant by Russell and DeHaan's performances. If you haven't seen Chronicle, you've missed one of this year's true gems. **** (Four Out of Four Stars). This is one that is definitely going on my 2012 Top 10 List!

I think DeHaan looks like a young leonardo dicaprio.