Drag Me to Sam Raimi

Director Sam Raimi has always had a distinctive style. For those of you only familiar with his Spider-Man films, I suggest you might want to check out his upcoming return to horror, the genre that made his career, Drag me to Hell. Allison Lohman (Big Fish; Beowulf) stars as Christine, a young loan officer who is bucking for a promotion and in the process, denies a mortgage extension to an old woman who turns out to be a lamia, a female demon who curses Christine to be literally dragged to hell for all eternity. Her boyfriend (Mac commercials cutie and Live Free or Die Hard co-star Justin Long), doesn't believe in curses, though he may be on his way to changing his mind. Check out the trailer:

I'm most excited to see this film because it heralds Raimi's return to his horror roots. He first made a splash with the indie horror film The Evil Dead n 1981. But it was the sequel (actually, more of a comedic re-make), Evil Dead II: Dead by Dawn that garnered him a cult following (along with its star, Bruce Campbell). Some critics have described Evil Dead II as "The Exorcist meets The Three Stooges"
Raimi's first foray into the superhero genre, 1990's Darkman starred Liam Neesom as a disfigured scientist who creates artificial skin, allowing him to assume any identity he wants and Raimi learned many of the tricks he would employ in Spider-Man while making it. Next came the third in the Evil Dead series, Army of Darkness. Personally, I think Raimi pushed the comedic envelope a little too far here. It's an amusing film, but disappointing on many levels. I think they all just tried too hard to be funny, and forgot the horror.
After Army..., Raimi switched genres and made The Quick and the Dead, a western starring Sharon Stone; Russel Crowe; Leonardo DiCaprio; Gary Sinise and a fellow we would eventually come to know as "Jigsaw," Tobin Bell. Critically derided, it featured Raimi's signature travelling POV shots and plenty of dark humor. And I'm probably one of maybe 10 people who actually like it. He followed up with A Simple Plan, based on Scott Smith's (The Ruins) novel, which is just a terrific movie about greed and how it can destroy us. Then in 2000, Raimi made a quiet little horror movie, The Gift, starring Cate Blanchett as a small town Southern psychic caught up in a murder plot. Giovanni Ribisi, Greg Kinnear, Keanu Reeves and Katie Holmes are among the supporting cast and it's the first time Raimi cast the excellent character actor J.K. Simmons, who would go on to play J. Jonah Jameson in the Spider-Man franchise. Raimi is set to next write and direct a big-budget a re-make of The Evil Dead, according to IMDb, to be followed by Spider-Man 4. And in case his work as a writer/director wasn't enough, you should also know that Mr. Raimi is also responsible for bringing us Kevin Sorbo and Lucy Lawless as Hercules and Xena, respectively, to the small screen (c'mon boys and girls, you they're hot!) 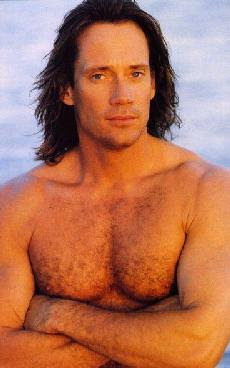 I have to also admit, Raimi is responsible for inspiring my most recent favorite musical "Evil Dead: The Musical." You'll find two clips below. The first is an hilarious commercial for the Toronto revival (watch the arm on the lower left of the screen). And the second is a bunch of scenes set to the show's opening number, "Cabin in the Woods."
If you only know Raimi's work on the Spider-Man franchise, I seriously suggest you get caught up on his full body of work. Sam Raimi may well be the best unknown director working today. I know I'll be first in line on May 29th for Drag Me to Hell. Wild horses couldn't drag me away (sorry, couldn't help myself there).
More, anon.
Prospero
Posted by Prospero at 9:47 PM