The Return of My 3 Favorite Shows 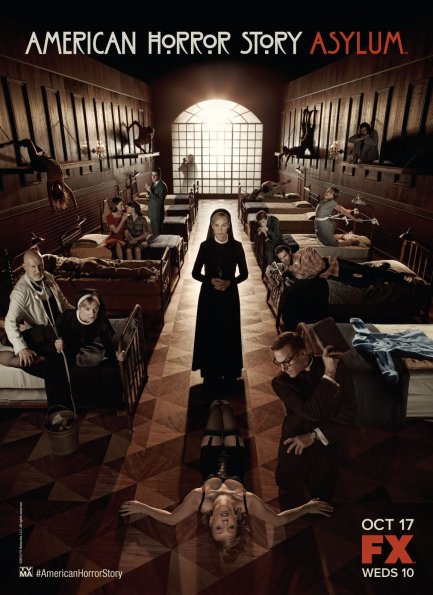 It won't come to any of you as a surprise that my top three favorite TV shows are all genre shows. And while I'm very excited to see them returning soon, I'm actually sad that my favorite show (possibly of all time), will be returning for its final season.
J.J. Abrams' "Fringe" took a season to really find its footing but once it did, it turned into one of the smartest; most complex and most compelling shows ever (Sorry "Lost" - you were good, but not this good).
Set 20 years in the future, the final season of "Fringe" is about the fight against the mysterious 'Observers' and their bid to take over the planet after destroying it in their own present (our far future). Encased in the amber developed by the alternate Earth's own Fringe team for 20 years, Olivia; Peter; Walter and Astrid are released to help Olivia's and Peter's daughter fight the invaders that have suppressed humanity for so long. We got a glimpse of this future in last season's penultimate episode and I can't wait to see what the writers have in store for this final season. Terrific writing and the single best cast on TV make "Fringe" must-see-TV in my house. And shame on the Television Academy for never even nominating the astounding Anna Torv, John Noble and the rest of the cast for their consistently remarkable performances. The true heart of "Fringe" has always been the very real characters we have come to know and love. I hope they get the send-off they deserve.

Of course, last season, FX, along with Ryan Murphy and Brad Falchuk literally redefined TV horror with their sexy, creepy and oh-so-watchable "American Horror Story." Set in a very haunted Hollywood mansion inhabited by a very dysfunctional family and their over-the-top neighbor, "AHS" was the kind of show people either loved or hated. I loved it. The new season brings us a new story, with a new set of characters, many of whom are played by returning members of the first season's ensemble. Set in an East Coast insane asylum in the 1960's, "American Horror Story Asylum" stars Jessica Lange; Zachary Quinto; James Cromwell; Chloe Sevigny; Joseph Fiennes; Sarah Paulson; Evan Peters; Clea Duvall and Adam Levine. The promos have been super creepy, making me desperate to know what's in store:


Finally, AMC set a new bar for TV horror with their amazing Zombie Apocalypse series "The Walking Dead," based on the graphic novel series by Robert Kirkman. The show is so good, Uncle P's mother, who usually hates genre movies and TV, loves it! While some fans complained that season 2 took too long to get going, I knew the pay-off would be worth the wait. And boy, was it ever! Season three promises to be even better. Rick and his fellow survivors set themselves up in an abandoned prison, while fan-favorite characters Michonne and The Governor are introduced. The producers are promising both tons more 'walkers' and even more human conflict. This season's tagline: "Fight the dead. Fear the living."

"The Walking Dead" returns on Sunday, October 14th on AMC. Hopefully, Carl will learn to stay put when he's told to.
More, anon.
Prospero
Posted by Prospero at 10:47 PM