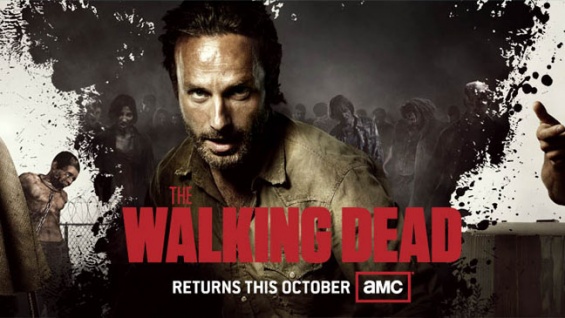 I'm still not sure how a television adaptation of a graphic novel about flesh-eating zombies (or 'walkers" as they are called in the books and the show) caught fire the way AMC's "The Walking Dead" has. It was risky from the start.

Sure, zombies have been increasingly popular since George A. Romero created the genre in 1968. Still, many critics dismissed Romero's low-budget shocker. But it spoke loud and clear to a group of disenchanted young people who saw the living dead as an analogy for the 'establishment.' And by the time Romero released Dawn of the Dead in 1979, it was clear that he had a message to impart.

Over the last 10 years or so, zombies have become more popular than ever, moving from a rather obscure sub-genre into the mainstream and Romero's message of "They are us" resonates with more people than ever before (especially given the current economic and political climate). And then there's the classic escapism provided by horror. "At least my life isn't that  horrible (though at the drop of a hat, it could be)."

But I think that at the heart of it all, despite the political and social commentary the genre provides, good story-telling and compelling characters are what drive great drama and "The Walking Dead" provides both in spades. Whether or not you hate Lori and/or Carl or love Daryl and Carol or you're just rooting for the return of Merle and the inclusion of the bad-ass Michonne; the show's fans have become fully invested in what happens next. And that's a testament to both the great writing and the amazing performances to which we are treated in each episode.

In any case, you can expect my usual Monday recap and commentary starting Monday, October 15th, along with my Shocktober post.