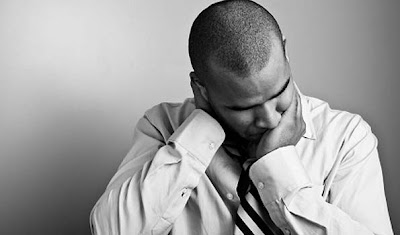 If you've been reading Caliban's Revenge for a while, you know that Uncle P suffers from occasional bouts of depression. I'm not afraid or embarrassed to admit this. In fact, I hope that doing so might help others who suffer in the same way.

My worst struggle with the disease came about in 1996, while directing a production of Romeo and Juliet. I won't go into detail, though I will say that seeking the help of a therapist was the best thing I ever did for myself. My therapist gave me tools to cope and introduced me to a group of men whose circumstances were very similar to my own and after about a year, I was able to move on.

Out of that group, I remained friends with one of the sweetest people I've ever known, my dear friend Bill. Bill and I would meet for dinner, attend to movies and just hang out. Eventually, we lost touch. But thanks to Facebook, Bill and I reconnected a few years ago and struck up our friendship, anew.

We left snarky comments on each other's walls and he came to see my shows and supported the JTMF. In March of this year, Bill emailed me that he had bought tickets to see Hairspray and was looking forward to the show. Then I didn't hear from him for a while. I went to his Facebook page and posted something to the effect of "Where have you been? I miss your snide comments." It was only after I posted that I read some of the things other people had posted on Bill's page: "I miss you so much!" "I pray you are at peace." "I can't believe you're gone!" What?!? It turned out that Bill had died a few weeks earlier of a heart attack, while brushing his teeth before work. I was devastated, to say the least. Bill was three years younger and in much better shape than me.

A few months later, a fairly new friend and exceptionally talented painter (who had donated a rather beautiful painting to the JTMF silent auction the previous year), also passed away from an unexpected heart attack. Ed was five years younger than me.

Last weekend, while in Miami for the day job, I learned that the young man who'd been cutting my lawn since he was teenager, passed away at the age of 34. Granted, Luke had been in and out of rehab several times in past ten years; had been ill enough to be placed in a medically-induced coma earlier this year and had recently ballooned to twice my size thanks to the medications on which he'd been placed. Still, 34 is far too young... The tox results are still pending, though his family suspects a blood clot in his leg may have moved into his heart. His mother and brother found him that morning, at first thinking he had fallen asleep in front of the TV.

I don't think after all this, the fact that I am contemplating my own mortality should be any surprise. It has also been almost three months since I've done any theatre (the one thing that actually makes me feel whole) and almost as long since I've spent any quality time with the friends who are always there for me. Combine all that with money being particularly tight and the lack of a truly fulfilling intimate relationship... Well, you can imagine how I've been feeling these past few weeks.

I know... all this means nothing, especially when each event is taken on an individual basis.But I still can't help but feel a bit disturbed.

What I need are hugs from my besties, a show to distract me and the attentions of someone who can see past all my nonsense. Of course, a date with Jon Hamm or Jason Statham would do wonders...

Oddly, it's lesbian singer/songwriter Melissa Etheridge who gets how I'm feeling right now...


Sorry for rambling. Thanks for "listening." I'm fighting this with every tool I have at my disposal (though I may up my daily vitamin D dosage) but it's not easy. Letting it all out here helps, a bit. And don't worry - I'm not planning on going anywhere, soon.

I understand. Although I haven't experienced losses close to me, my mom on going struggle to regain her health is more than enough. Where I have been having trouble is with the losses being suffered by all the bloggers I've become friendly with and the others I follow. It's almost overwhelming.

I'm not sure how a song about stalking and obsessive, psychotic love helps you but to each his own.