I've Always Suspected as Much 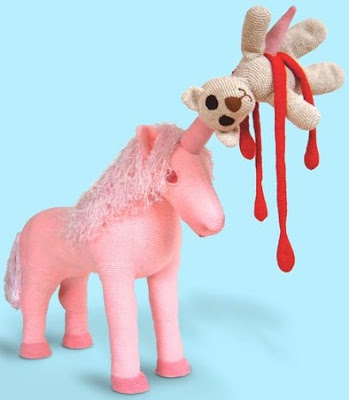 It's Girl Scout Cookie Season. Uncle P's downfall are the Peanut Butter Sandwiches. I don't care for the multi-flavored Samoas or the gag-inducing Thin Mints (typing those words was a major hurdle for me - mint and chocolate should NEVER be paired together. The very thought of Andes Candies or York Peppermint Patties can actually send me into a paroxysm of dry-heaving). You honestly have no idea how long I had to hold my breath to link to pictures of those disgustingly sweet confections.

I ran some errands today and was confronted by a table of Girl Scout Cookies manned by the most adorable moppets I have ever seen, set up in front of my local liquor store. I broke down and bought a box of my favorites and a box of Shortbreads for my mother. Of course, each year the box and the cookies get smaller while the price goes up. I can't really fault the GSA for this. Unlike the BSA, the GSA has proven to be an inclusive and welcoming group, allowing female-identifying boys to join and having no policy which excludes LGBT members or leaders. While cookie sales far outweigh membership dues in funding the GSA, they only make about 40 cents per box, just about ten percent. That seems both unfair and exploitative to me.

But this post isn't about the GSA. No. It's about a far more-insidious girl-centric topic: Unicorns. I get it. I think. Girls love ponies, horses and unicorns. I'm not sure what they fully represent or mean to them, not being a girl, myself. I imagine most girls think of unicorns like this:


Tom Cruise was so pretty before he lost his mind, no?

Anyway, I have come to suspect that unicorns aren't really quite as magical and beautiful as girls think they are, especially given this bizarre YouTube series featuring a rather jaded unicorn named Charlie:


But I fear the truth is far more insidious.Via comes this extremely disturbing (yet somehow hilarious) video about the true nature of the Lisa Frank staple (language may be NSFW):


I knew it! Unicorns are merely the tools of homophobic Nazis and gay-bashing, gun-loving nutjobs  who think the Gov'mint is out to git 'em by suppressing their rights to own assault weapons which serve to enhance their ridiculously small penises. It all makes so much sense now!