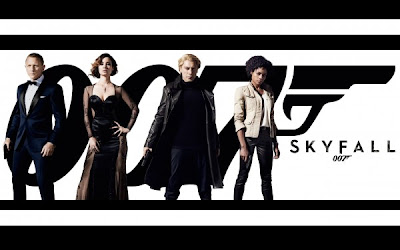 As a Bond fan since I was kid (damn, Connery was sexy), I have had my share of yeahs and nays among Bond portrayals. George Lazenby - no. Roger Moore - meh. Timothy Dalton - lame. Pierce Brosnan - maybe. Brosnan was by far the best choice since Connery, as far as I am concerned.

Then they announced the newest Bond - Daniel Craig in Casino Royale. Like many Bond fans, I was initially up in arms about Craig's casting. How could this lemon-sucking, squinty-eyed, bulb-nosed blond play the sexiest spy in screen in history? I joined the haters and vowed not to see the 2006 movie. But then the pictures of Craig in that blue bathing suit came out. And then the mostly excellent movie came out and almost all was forgiven. Of course, it helped that the movie was the best Bond film since the Connery era. Then came 2008's Quantum of Solace. The plot made as much sense as the title (granted, it was developed during the 2007-2008 Writers' Strike) and I lost faith in both Craig and the franchise. What a mess of a movie. Worse than even the worst of the Moore Bond movies, Quantum had me ready to give up on filmdom's longest-running franchise altogether.

Today, D and I finally got together for the holidays and saw a matinee of the latest in the 50-year old series, Skyfall, before exchanging our holiday gifts (more on those in a moment). And I am happy to report that director Sam Mendes (American Beauty; Revolutionary Road) has finally managed to create an exciting, entertaining and narratively sensical Bond movie.

Presumed dead after falling from a train in Turkey, Bond returns to MI6 after a terrorist attack kills six agents and destroys M's (Dame Judi Dench) office. Following a trail of murder, money and babes, Bond is eventually captured by the villain Silva (Javier Bardem). Thanks to the new Q (Cloud Atlas cutie Ben Wishaw), Silva is captured (after a rather homoerotically charged encounter with Bond) and it is revealed that Silva is actually a former MI6 agent intent on taking revenge on M because... well, see it for yourselves. When Silva escapes (via a rather contrived plot device), Bond takes M to his childhood home for safe-keeping and a final confrontation with Silva and his henchmen. Along the way, bad guys are eaten by Komodo dragons; exotic weapons are employed and beautiful women are used and abused by both good and bad guys.

Craig, as a very stoic and far-less wise-cracking Bond, spends much of the first half of the movie half-naked, satisfying a good 2/3 of the audience while still managing to create the rather tortured Bond of Ian Fleming's novels. Bardem (his hair and eyebrows bleached, adding an extra-creepiness to his bug-eyed, lop-sided nose visage) is perfect and the always wonderful Dench gets lots more screen time than usual. Add Ralph Fiennes as the less-uptight-prig-than-he-seems MI6 administrator; the gorgeous Naomie Harris as Moneypenny and the (surprisingly still-alive) Albert Finney as an aging Bond family ally, and you end up with what is probably the best Bond film of the last 20 years.

As with every Bond film, the plot devises; action and sex scenes are ridiculous on the surface. But they are all redeemed by some terrific performances and a plot which actually makes sense for a change. D and I both enjoyed this latest entry entry in the franchise, though we differed on whether it was better than the last two films. I said it was, while he he thought it wasn't as good as Casino Royale. *** (Three Out of Four Stars).


As for our Holiday get-together, D gave me one of my favorite gifts this year: 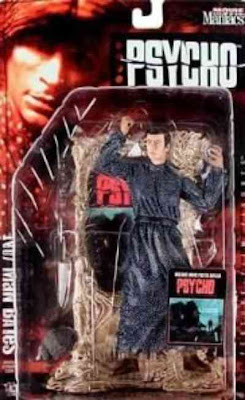 I so love that those I love and those who love me, know me so well!

I am torn between displaying this gem at home or the Day Job. The folks at the Day Job already think I'm insane, while those who know me best know so.