Romeo & Julian, an Amazing Juggler and Some Zombies Walk Into a Blog... 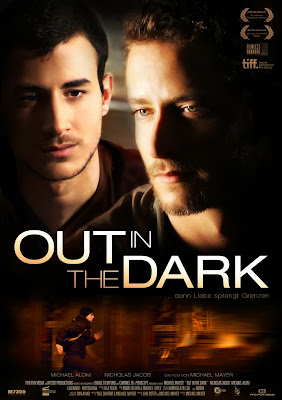 No one will better appreciate that title than my sister, I'm sorry to say. She will find it particularly hilarious, in fact. In just the way that many of the things we share as hilarious, are specifically hilarious to the two of us, only (though Q shares our love of and many of the same specific moments from a very popular series of classic short comedies which we all grew up watching on UHF - and no, that's not a channel - shut up, I'm old!).

As you can probably tell from that rather insane intro, Uncle P has had a fairly stressful week, leaving me at less than my usually focused (haha) self. There are several factors working to make me rather scattered (which I won't go into other than to say one is personal and one is artistic) and I have lots of things I want to talk about (For example: Why do I type "talk" when I am obviously writing?) Anyway, trying to retain some semblance of sanity (cue: Nelson Muntz) I suppose I should start in order then, yes? So first up was...

Romeo and Julian, it is. Out in the Dark is a love story about a Palestinian student and an Israeli doctor. Since premiering earlier this year at the Toronto Film Festival, Out in the Dark has since won several other film-fest awards. Daring and controversial? Hardly. Original and groundbreaking? Just the gay version of one of the oldest plots in history. All that having been said, the trailer is pretty amazing and it gives me hope that the film just might have something new to say about the old tropes and stereotypes which have permeated LGBTQ cinema for the past decade. Or not. Or it could just be another bad romantic thriller... What do you think?


I believe an Amazing Juggler was next, was it not? With only 500,000 views since it was first loaded back in 2009, I suspect the below video of juggler Alexander Koblikov is about to explode. I first saw it today on Facebook, but don't remember who posted it (if it was you, let me know). I've always been a fan of Variety and Circus Arts (I had a college acting professor who held his PhD in those very fields) and regular readers certainly know at least one of my obsessions by now. When I shared it on Facebook, a few friends commented on the fact that Koblikov never smiles throughout his admittedly jaw-dropping performance. On further review, it's apparent why he's not smiling: He's demonstrating a skill which he's obviously spent his entire life developing, rather than just 'showing off.' It's a deliberate and justified choice.


Which leaves us with Zombies, Last but certainly never least. Season 4 of the phenomenon that is AMC's "The Walking Dead" is just about 2 weeks away and fans like Uncle P and my sister are jonesing pretty bad. The first clip I'm sharing has been around (I may well have shared it before), but my dear Patrick in Chicago shared it with me today, and it's just hilarious, every time I see it. Drreeet!


This next video is one I hadn't seen before, as well. They are calling it the 'Season 4 Extended Trailer - New Footage" but the Comicon trailer was longer. They should have just said 'New Footage' or 'Trailer 2'

"Things are only going to get worse." Yup.


Shocktober is just a few days away. I won't promise 31 posts in a row this year (though don't be surprised if I try) but if I come up with a really great theme, I just might. And you can help. Leave me a comment with your idea for my Shocktober 2013 Theme.

Amazing but would smile if you were sea sick? I think that was the theme of that performance.