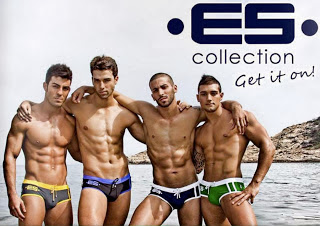 It's not like advertisers never knew we existed as a target audience. It's just that now it's finally cool to acknowledge our dollars may well be 'pink,' but they're also just as green as everyone else's.

And while neither of these ads is specifically targeting gay audiences, there is a certainly homoerotic quality to the running pants ad (via - link may be NSFW) from Spain's ES Sportswear, I've embedded below. Loaded with crotch and ass shots, butt-slapping, chest-stroking and arm-linking; its rather obvious to whom ES really wants sell their brand.


Then there's this parody commercial purporting to be for product from New Zealand, featuring a spokesperson whose highly exaggerated Kiwi accent turns it into something hilariously and possibly NSFW pervy (also via):


Some NZ folks are unhappy about that clip, while others find it as childishly hilarious as Uncle P did. It was probably made by an Aussie... or a Tasmanian. (Ha! I bet you were expecting a Warner Brothers joke there. Nope! Pwn'd).

I almost did another Retro-Review of a recent Indy and Oscar favorite tonight, but I'm still mulling parts of it over. There was some beautiful imagery; lots of wry humor and some beautifully underplayed performances, but it all seemed a bit too self-aware. I'll elaborate soon (or not - it all depends).