The Gayest Thing Every One Has Seen This Week 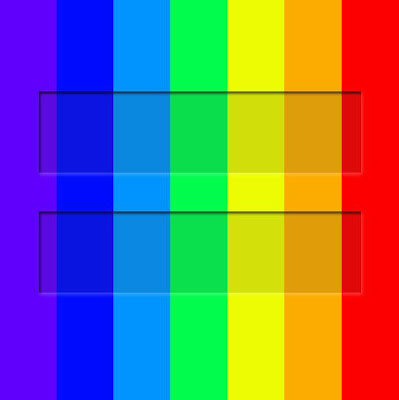 Most LGBTQ bloggers have been reporting and commenting for several hours since SCOTUS' rulings on DOMA and Proposition 8. And yes, I am thrilled - No - beyond thrilled by today's rulings. We're one step closer to joining the 21st Century and the rest of the countries already there. But unlike most bloggers, I've all had all day to ponder and digest amidst the celebrating.

Now, I know I've mentioned Alvin Toffler and his 1970 book "Future Shock" and the subsequent 1972 documentary (narrated by Orson Welles) based on it. I was 13 years old when I (along with all my classmates) was shown Future Shock in our Health Studies class (taught begrudgingly by our Phys Ed teachers). The premise is that technology is moving so fast, humans can't keep up and will eventually suffer from Information Overload (a term Toffler created, by the way) and civilization as we know it will break down into chaos. Of course, humans invent and create technology, which makes the concept absurd.

Anyway... as part of the 'collapse of society' section of the movie, there was a scene where two men get married in a church. My classmates all giggled and hooted. I did, too. I mean, I knew I was gay by then, but the idea seemed silly. That of course, was part of the shame I was feeling about who I was, but I as 13. Who isn't ashamed of themselves for something at 13? I spent an inordinate amount of time being ashamed... as do many of us. Then, with some help, I stopped being ashamed and found out I really had no reason to be. And once I stopped, it seemed like the whole world changed. And just kept on changing.

Flash-forward several decades and I'm on the board of an organization that raises funds for people afflicted by HIV/AIDS & Arts Education; Anti-Bullying and Suicide Prevention charities. I am out to everyone at the Day Job (without having had to out myself and no one caring) and I write openly here and on Facebook about who I am and the things in which I believe (and don't believe) and I don't care who has a problem with it. I have yet to lose a real-life or Facebook friend over any of my opinions or beliefs and if I did, they weren't my friends in the first place and good riddance to bad rubbish.

I have been very clear about stance on Marriage Equality from the beginning and today feels like... well, it feels like I may actually see the day when my friends and I (and those who will come after) can never again be made to feel (in the words of Dustin Lance Black) "Less than." Make no mistake, this is the beginning of the end of one of the last Civil Rights movements in the U.S. I will be so happy to say "Goodbye" to Bryan Fischer; Brian Brown; Maggie Gallagher; Pat Robertson, at al when they die and fade into obscurity, their over-stayed 15 minutes reduced to a very brief footnote: "These idiots were wrong and they lost."

But we can't get overly excited, just yet...

There is still ignorance, bigotry and hate. Crimes against gay men in Manhattan in the past few weeks alone have been more than alarming and crime against trans people continues to rise. We have a long way to go. I said I couldn't wait to say goodbye, because those idiots aren't going away or shutting up anytime soon. They'll be at until they croak, even when they're only left listening to one another.  The churches will still lie and cover-up their bigotry. I won't be around to see it, but they will lose all relevance, too.

Rational Secular Humanism is on the rise and while superstition still rules much of the east, reason reigns in the world's civilized countries (at least, I hope it does - it sure seems like it does, anyway). There are still bullies and families that ostracize their gay kids and preachers who want to exorcise the gay demons. There are still men and women in positions of power (ecumenical; secular; educational & governmental) who believe that I have made a conscious choice to disobey the natural order; that I am unnatural. I am evil, simply because I am attracted to other men. To these people, regardless of what the 5 have said today is true and fair, will always think of me as "Less Than." And not that I care what those people think. Hardly. I know they are wrong. Still, it makes me sad when fear repels truth.

Of course, still not having found "The One" (in fact, I'm beginning to doubt the existence of "The One"), it's unlikely that today's rulings will ever really have an impact on me, personally. At Uncle P's age, the odds are not in one's favor. Of course, I keep trying. I've had both wonderful and awful experiences (T comes to mind as the most recent of the latter - and no, no details on any of that, thanks), but I keep hoping. And that's what today is really about. Hope for the future. Hope for a time when superstition and fear are eradicated, like the diseases they are.

I know... such a downer for such a great day, right? Well, here are some things about today that made me smile and cry in good ways:

Today, though.... Today was a day I honestly thought I'd never live to see. Today I witnessed justice and the upholding of the self-evident truth that "All men are (indeed) created equal..." Today was a ginormous step in the right direction, for all the right reasons. Today was just as historic as each and every one of the events I've cited, all of which continue to lead towards the ideals of "life, liberty and the pursuit of happiness" so wisely envisioned by the framers of the Constitution. When the Tea Party is joke gotten only by historians and a POTUS and his First Husband live at 1600 Pennsylvania Avenue, I won't be here to gloat at the haters, so I'm doing so in advance.

Suck it, haters! (Even though you know you've secretly longed to do just that, anyway). Read a book by a reputable author, losers. I mean, if prayer worked, don't you think you might have won? Nope. If there is a 'god,' She hates you for hating me. But don't worry... it's a dry heat.