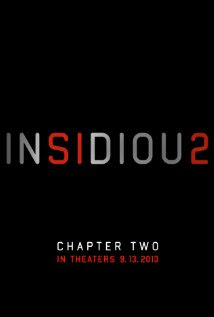 Well, it looks like we may well have another summer and fall of potentially terrific movies ahead of us. I have yet to see Ironman 3, but I thought Star Trek Into Darkness was a lot of fun. Of course, even Will Smith couldn't save M. Knight Shayamalon's latest, After Earth, though for once, I can't fault M. Knight alone. The concept was Smith's and it is obvious from many a publicity still that the movie had two directors. Does the Philly-based director get a pass, then? Nope. He lost his pass with The Village. He went on to lose all credibility as a writer with the abysmal Lady in the Water. I honestly don't understand why studios and/or producers continue to pay this man to direct movies no one wants to see.

Still, there are plenty of upcoming films that give Uncle P a Nerd-On. Starting with Man of Steel. This year, my  Birthday Present Movie from Christopher Nolan is Henry Cavill as possibly the hottest Kal-El ever. I know I've both complained and gushed about this movie, but the more I see of it, the more I want to see it. I've already sent a "Save the Date" email to the Usual Suspects (D, K. Q, Dale, etc.), while trying my best to keep my expectations in check. Still... Cavill is absolutely breathtaking; Amy Adams will always be one of my favorite actors ever and the involvement of  Nolan all give me hope that Zach Snyder's reboot of the original Superhero will be as good as the trailers promise:


On the silly side, opening just a few days earlier is the all-star apocalypse comedy, This Is the End, a movie I've reserved to see with D (Trailer NSFW):


The following weekend features three releases, only two of which have my attention. First is Pixar's prequel to Monsters, Inc., Monsters University:


Brad Pitt's World War Z opens the same weekend. I found Max Brooks' novel to be boring and derivative, and certainly unfilmable as is contained no true narrative plot. Brooks has already disavowed the film and there is nothing in any of the trailers that makes me want to see what is sure to be another big budget flop. Is it unfair of me to already hate this movie?


Also seeing release that week is the remake of the 80's slasher Maniac, starring everyone's favorite Hobbit as a serial killer (may be NSFW):

There are plenty more, like my Birthday Gift from Guillermo del Toro, Pacific Rim:

And James Wan's take on 'Demonologists' Ed and Lorraine Warren, The Conjuring:


And since we're already talking about Wan, his sequel to one of my favorite recent horror movies is scheduled for release on Friday, September 13th. D has already promised to see it with me, though he said he can't promise not to cry:


There are tons more movies I (and probably you) want to see this summer. I'm taking the season off from theatre (for the first time since 1987) so I might actually get to see more films this year.

PS - Watch for links updates to this post.
Posted by Prospero at 11:12 PM