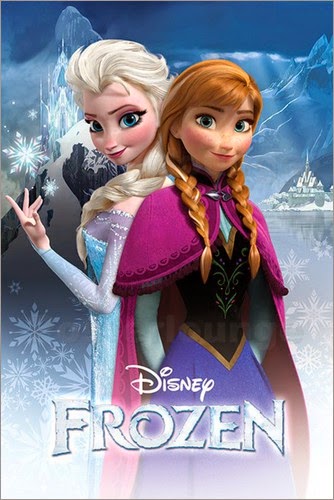 Okay - since it's been so long and everyone else in the world but M and I have already seen it, I will not be giving any spoiler warnings in this review. And you also need to know that Uncle P is a formerly voracious reader...

The weather this holiday weekend has been exceptionally spectacular in Bucks, and we have enjoyed a sunny, low humidity and comfortably temperate 3  days. Now that Dear D has installed the new bannister in Uncle P's house, more progress can be made towards what will undoubtedly be a post in the near future. I promise.

Anyway, on Friday I watched TV and grilled some dogs. It was a holiday and I wasn't going to waste it on chores (though I did so a small load of laundry, to be ahead for  the rest of the weekend). Yesterday I dusted, cleaned Skye's cage; ran my amazing new Samsung vacuum and almost completed hanging shelves and a few art pieces (really, only minor adjustments are needed). I had also planned to take myself to see M's celebrity look-alike in "Deliver Us from Evil" sometime over the weekend. But the weather on Saturday, while breezy, just made me want to sit out side and finish the novel ("Dr. Sleep" by Stephen King - his brilliant 35-years-later sequel to "The Shining") I am almost embarrassed to admit took me 6 months to read. I used to read at least two or three novels a week.The first time I read "Carrie," I read it in a single afternoon.  Now I'm lucky if I read one or two a year. I blame the Internet. But none of that has anything to do with M calling me up to invite me to his house for dinner. Had I gone to the movies, I would have missed his call and eventually the chance to see Frozen with someone else who had never seen it.

So- Elsa and Anna are princesses in a mythical Nordic country and Elsa is born with magical powers over snow and ice. While playing, Elsa accidentally hurts Anna and their parents take Anna to the trolls, who magically erase all memories of Elsa's powers from her mind. To avoid further accidents, it is decided that Elsa must avoid Anna at all cost. Years later, as Elsa ascends the the thrown, Anna unwittingly releases the powers that Elsa has so long tried to hide, turning the country's citizens against her for sorcery. Very loosely based on Hans Christian Andersen's story "The Snow Queen," Frozen is almost disturbingly rife with Disney Princess tropes, despite every obvious effort to avoid them. That's not saying that Frozen is bad. Far from it. It was gorgeous on a 60" flat-screen TV. I can imagine how much more so on a giant movie screen. The digital imagery is nothing less than gorgeous. And I totally get why Jennifer Lee made the changes to Andersen's original (Hell - the Little Mermaid kills herself at the end of his version). I just wish she hadn't done so, so predictably. There is hardly a single surprise in the plot, but it's a flaw most critics seemed to have ignored.

Beside the often stunning artwork, the voice performances are rather amazing, with some very catchy tunes from Christophe Beck (who I must assume wrote the often clever lyrics, since IMDb doesn't credit anyone for them). While no one can belt out an "I'm Coming Out" show-stopper anthem like Idina Menzel does with the ubiquitous "Let It Go," this is Kristen Bell's, Josh Gad's and openly gay  Jonathan Groff's movie, all the way. They are all joined by some of my personal personal favorites, including Alan Tudyk (whom M identified before I could); Edie McClurg (a favorite of my sister's and mine since Letterman's daytime show) and "Futurama" star Maurice LaMarche,

Yes, yes. I get why "Let It Go" has become a sort of gay-anthem. And now I understand why the so-called 'Christian Right' have reacted the same way they did to Harry Potter, but Frozen is undoubtedly the best CGI film out of Disney Studios to date, despite having a "let's-throw-everything-up-on-the-wall-and-see-what-stcks" screenplay. *** (Three out of Four Stars).