Review: "Dawn of the Planet of the Apes" 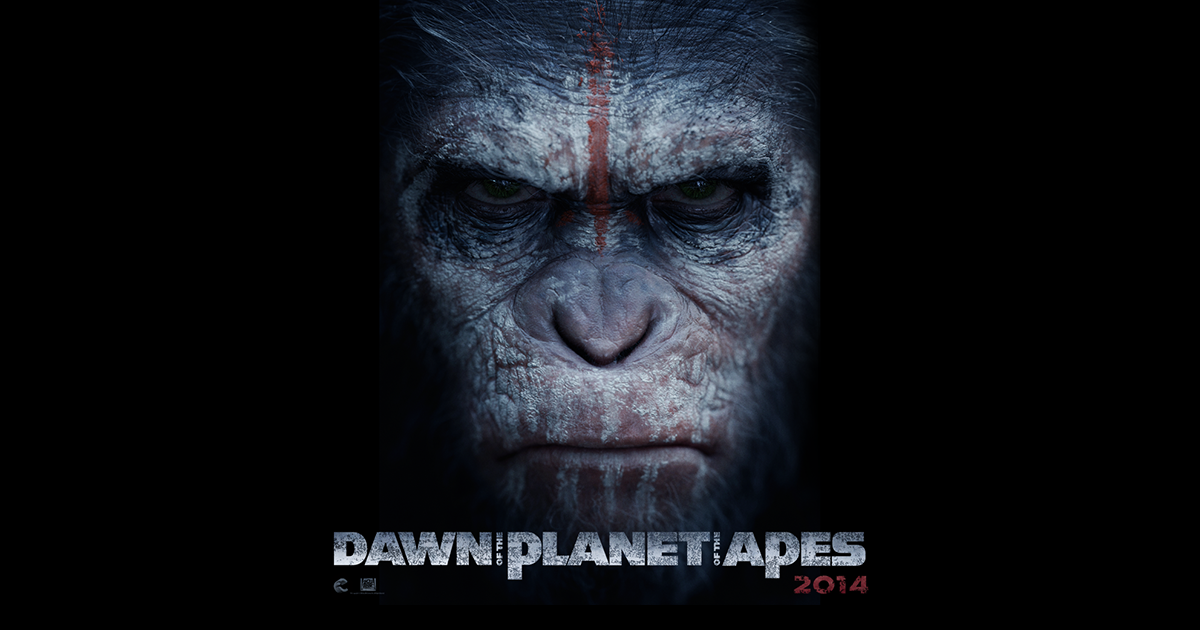 It's 10 years after the events of Rise and the so-called Simian Flu (a result of the virus used to introduce the drug that made the apes smart) has wiped out most of the human population.  The apes, living in a wooden village in the Redwoods, haven't seen one in the last two years and their leader, Caesar (Andy Serkis) assumes they are all dead. After his son, Blue Eyes (adorable Nick Thurston) is attacked by a bear while the tribe is hunting deer, Caesar warns him to think before acting. Soon, Blue Eyes and his young friend Ash come upon Carver (Kirk Acevedo of "Fringe") who shoots Ash and brings the entire village down on them. It turns out that Carver is part of a team sent to restart a hydroelectric dam in the mountains to restore power to San Francisco, which only has a few weeks of fuel left before the few residents are plunged back into post-apocalyptic chaos. Jason Clarke (Zero Dark Thirty; The Great Gatsby) is Malcolm, who decides to appeal to the apes' intelligence and ask for permission to repair the generator. Along with his wife Ellie (Keri Russell) and son Alexander (Let Me In's Kodi Smit-McPhee) and several others, they make their way and plead their case to Caesar, who agrees to let them try, provided they give up their weapons. Caesar's right-hand Koba (Toby Kebbell) and father to Ash, doesn't trust the humans and after finding Carver hid a gun among his things, heads into San Fran with a team, where they discover the humans' huge weapons cache. Koba advocates attack, though Caesar doesn't want a war, just to be left alone. Gary Oldman is along as the human group's leader who turns out to be a bit over-zealous.

Matt Reeves (Let Me In) directs the effects-laden movie well, enough I suppose. And the cast is outstanding, particularly Sirkus and the rest of the 'apes' who give astonishing motion-capture performances (Sirkus seems to be a pioneer in the field, despite earlier attempts from actors like Tom Hanks and Jim Carrey in films that fail to make their human characters anything but dead-eyed and creepy). The real stars of the film are the effects and the cinematography. We opted for the 2D version and it was still spectacular to look at. Shot on location in the Redwood Forest, there is never any doubt that the apes swinging through the trees are actually doing just that (imagine the opposite of the terrible monkey sequence in Indian Jones and the Kingdom of the Crystal Skull).

Sadly, what Dawn... has in effects and performances, it sorely lacks in script. Borrowing from any number of better films including The Lion King (right down to the leader's nemesis having a prominent scar across the left side of his face), it seems cobbled together rather hastily and actually (to me, anyway) dragged at times (though Q didn't think so). Dale and I were mostly entertained while K (as usual) had issues with the noise levels and the themes of Man's (and Ape's) Inhumanity. Unfortunately, Dawn of the Planet of the Apes was not THE summer movie I hoped it would be, despite its rather amazing FX work. *** (Three Out of Four Stars). Dawn of the Planet of the Apes is rated PG13 for "intense sequences of sci-fi violence and action, and brief strong language."


Oh, well. There's still plenty I want to see this summer, including director Luc Besson's (The Professional; The Fifth Element) take on the Superhero movie, Lucy, which despite having a flawed concept, looks awfully fun!