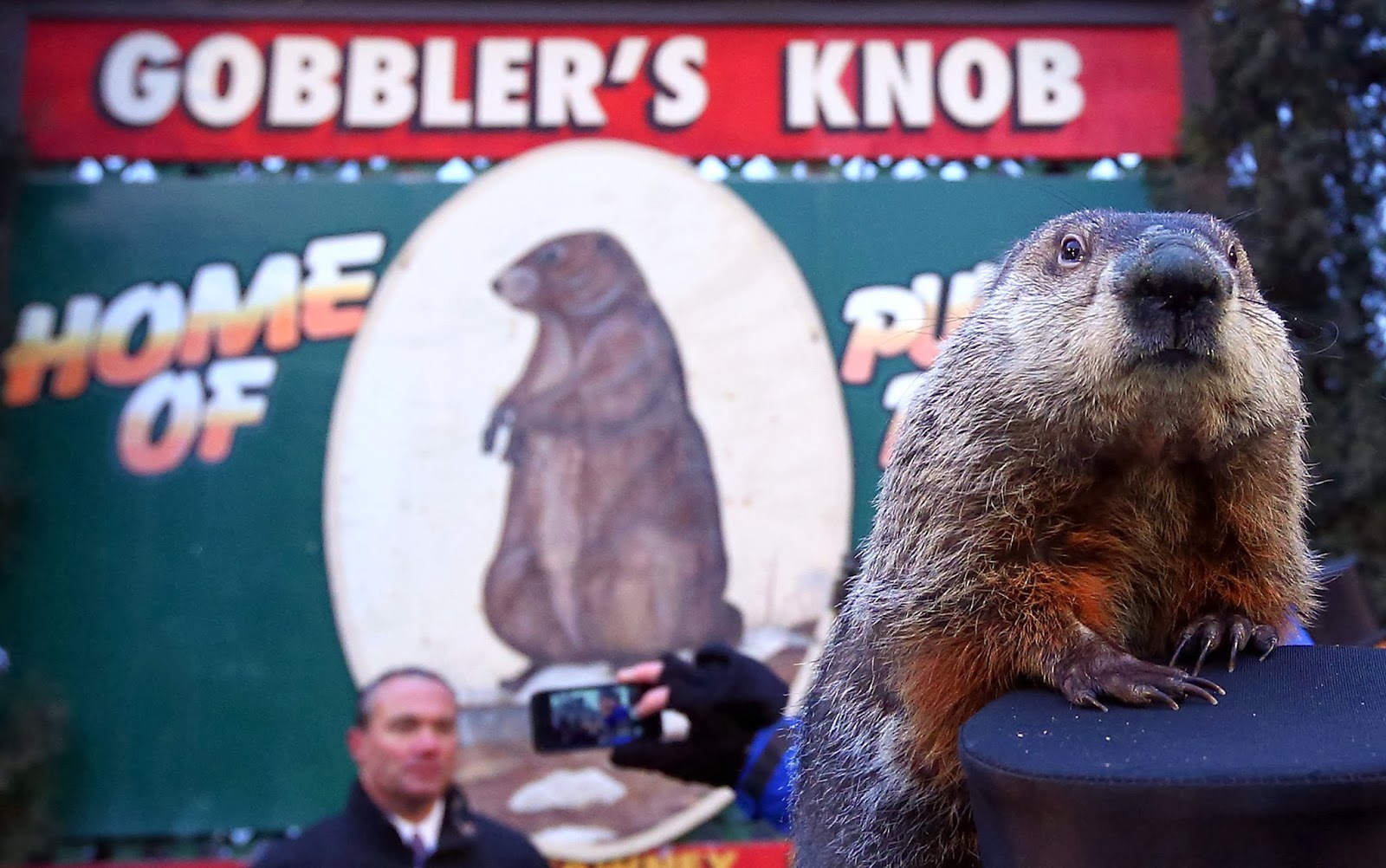 The infamous Punxatawny Phil actually lives in a place called Gobbler's Knob, PA. As a resident of the Commonwealth, which has towns with names Like Intercourse and Blue Ball, Gobbler's Knob still elicits the kind of sophomoric giggles as Monty Python's 'Biggus Dickus' and 'Incontentia Buttocks.'

So today, the Marmota momax known as 'Phil' supposedly saw his shadow, thereby forecasting six more weeks of Winter. The tradition dates back to ancient Celtic superstition, but has the first official documentation of celebration in 1841, in Morgantown. PA. I have no idea why or how this nonsense became to be widely believed. Nor do I care.

A snow storm is predicted to be the heaviest here along the -I95 Corridor during tomorrow morning's  rush hour. Most recent predictions (as of this writing) are for 6 to 8 inches of snow. If the Powers That Be at the Day Job are smart and considerate, I'll get to sleep in and hopefully correct the horrible error I made in choosing the absolutely wrong color for the bathroom trim. And while another Snow Day means more time to find deductions and clean my toilet, it adds more stress for the Day Job clients when we do get back in. And I'm really not ready to think about the second storm system out of the Midwest which has the potential to dump up to an additional 12 inches on the region. I am hating this winter so much, for so many reasons.

Honestly, with all the crap I'm going through right now, Taos is looking better and better, every day. Don't get me wrong - I really the place I work and enjoy the Change of Seasons. but to never have to worry or even think about snow and ice again, would be wonderful. And seriously, where else would I go? Sis may love Florida (and I do so love visiting), but Uncle P needs a little more 'artistic sensibility,' if you will.


Wow. How cheesy was that? Maybe I'll go to Phoenix, instead. Or Reno. Almost anywhere warm except L.A. Or Miami. Nolo would be nice, of it wasn't so humid.

How should we punish the Climate Change deniers?