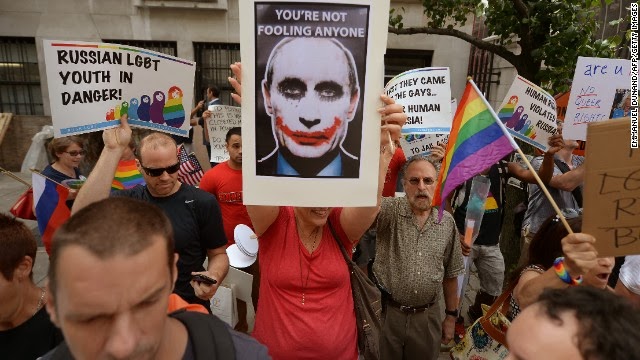 While the competitions officially start tomorrow night, the Opening Ceremonies of the 2014 Winter Olympics aren't for two more days.

First, I have to ask if anyone is really all that surprised by the two major stories trending on the web, right now? First, are the hilarious horror stories being tweeted from journalists about their unfinished; easily broken; water tainted; heatless accommodations. And I thought I had a bad hotel experience in Chicago, last summer! Of course, foreign war correspondents are understandibly less than sympathetic...

Then there's NBC's story about the prolific electronics hacking taking place among the tourists pouring in from all over:


Oh, dear. Not that I would have gone, but I somehow feel better knowing there is nothing on my phone I wouldn't be willing to share with my 85 year old great aunt. I don't use my smartphone for much more than pictures, calls and texts (and the occasional GPS) and have no fear of my personal and/or financial information being stolen from it.

Listen, I get it. The Olympics are the Oscars for athletes. The winners' names will be recorded for the remainder of Human History (forget about eternity... humans will most likely be extinct long before our sun goes supernova). The participants spend lifetimes preparing to compete and no one should be denied the right to do so. But no one should be afraid to be arrested, beaten or worse, just for being who they are. Thankfully, this video from the Canadian diversity group CIDI ICDI isn't about to let the Russians off the hook quite so easily (via):

I will not be watching the Winter Olympics this year. Not that I would normally, though I occasionally stop while clicking through channels to see the medal count or watch some figure skating (I am so effing gay, I almost can't stand it). This time, though, I think it would feel... icky, to watch, knowing how bad things are for LGBT Russians. It makes me sad that what should be a Celebration of World Unity has instead become a lesson in homophobia, incompetence and an egotistical Tsarist's whims. Personally, I'd be happy to never see Putin's nipples again, for as long as I live.