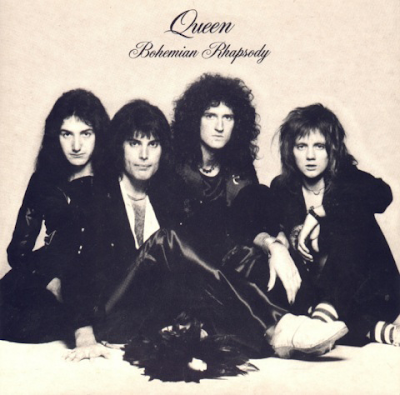 I was in high school when Queen released their signature anthem, "Bohemian Rhapsody." At the time, it was a song the headbangers didn't get; the Disco lovers despised and all the artistic kids adored. I'll let you guess into which category I fell.

In college, a group of theatre friends and I would get together at parties and thanks to our piano playing friend Micheal L., would sing this song until the neighbors called the police.

The 1992 comedy Wayne's World used it most effectively and many of my friends and I will stop and sing along anytime it plays on the radio.

Indiana University's Jacob School of Music's ad hoc orchestra just released this video of their sublime orchestral version of "Bohemian Rhapsody." I know that all of you who love the song as much as I do, are singing along, despite the lack of vocals:


Uncle P has been dealing with Mom's health issues and I'm frankly, exhausted. I haven't been sleeping, I'm worrying about all sorts of implications and financial fall-out this might have and I am worried that despite being moved to the ICU Step-Down unit, Mom may not make it home.

I'll try my best to keep posting this month, but can't guarantee any regularity. Stick with me.

More, anon.
Prospero
Posted by Prospero at 12:08 AM