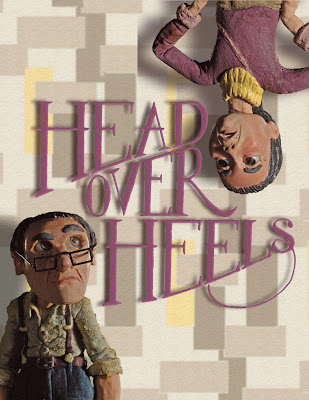 The older I get, the less I care about entertainment awards shows. When I was a kid, there were only five: The Oscars; The Tonys; The Emmys; The Grammies and sometimes The Golden Globes. It was a big deal when Rita Moreno became the first person ever to win the all of the Big Four. Then came MTV and it all went haywire.  Of course, it still seems to me that awarding prizes for art is just silly. How does one maintain objectivity in such a subjective field? But since we do so award arts and entertainment, and since I'd like to consider myself to be primarily an 'Entertainment' blogger, I guess I should at least comment on them, no?

The Grammys were tonight, hosted by hot rapper/actor LL Cool J. The bastard step-child of awards shows, no one really cares about the Grammy awards anymore (if they ever really did). The general decline in the quality of popular music in the last 30 years makes me sound like my parents complaining about music in the 80's. Of course, we knew enough to appreciate how what came before influenced those who were popular at the time. Today's popular music is boring, repetitive and unoriginal crap. This year's Grammy broadcaster CBS issued a much-reported dress-code memo to invited attendees. I honestly can't wait to see the response.

The Oscars finish the season in a few weeks, and while I've seen several of the nominated films, I haven't seen enough of any of them to make any sort of truly informed opinion,. Curiously, I have now seen two of the films nominated in the Best Animated Short category. The first is from Disney, combining traditional hand-animation with CGI for the sweet and romantic Paperman:


Also nominated is Head Over Heels, a striking stop-motion film about a middle-aged couple who are separated by so much more than just gravity.


I know there is a live-action Sci-Fi-Romance coming out with a similar idea, though I doubt it will have the same emotional impact and commentary as that surprisingly delightful short. I think I need to seek out the other nominees in this category. I'll let you know what I find.