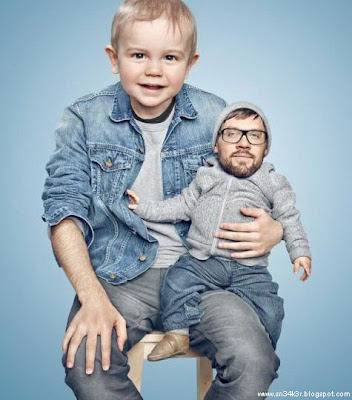 I've never really been upset by my own aging. While many of my opinions have changed over the years (well, a few) and my hair has gone mostly grey and silver and the bags under my eyes my have gotten a little bigger, I feel that for the most part, I am aging pretty well.

No, the worst part of aging is watching our parents age...

Mom called me at the Day Job this morning (not an unusual thing) and left me a voice mail that said "Call me right away, please!" The tone of her message was not her usual. I called and after she picked up, there was some fumbling and then quiet. "Hello?" I said. "Mom?" Hello?" Then she said, "I think I'm going to call 911. I think I'm having a heart attack."

"Hang up and call them now! I'll be right there!" My boss had heard and simply said: "Go!"

I raced from work to find her already in the ambulance when I got there. She was having trouble breathing. Long time readers will remember our last ambulance trip to the hospital for an episode of diabetic shock, which ended up in a 5-night stay. This time it seems that congestive heart failure led to fluid retention resulting in respiratory distress. Mom was scared and upset and kept apologizing for upsetting me and disrupting my day. The E.R. nurses were terrific about getting her blankets, pillows and whatever else she needed. I went and got some lunch and made a few calls, then headed back to the hospital with her book, a hairbrush and some toiletries she requested.

She's spending at least one night in the ICU while they give her diuretics to get rid of the fluids. The ICU nurse (a very nice lady named Vivian) explained everything that was going on and assured me that she's going to be okay. I don't honestly expect her to be released until Sunday or Monday. She has yet to see her cardiologist (a 6'5" hottie who reminds me of Michael Crichton and whom she adores), though I expect I'll hear from him tomorrow. Everyone, from the EMTs to the attending physician, says she did the right thing by calling 911. And I must once again commend the members of the Levittown/Fairless Hills Rescue Squad and the staff at Lower Bucks Hospital who have all been wonderful.

I hate that I have to watch her deteriorate. This once strong-willed, speed-walking powerhouse of a woman is increasingly becoming a frail, little old lady and I hate it. Now I'm doubly worried about her upcoming shoulder-replacement surgery. Of course, this episode may have postponed that for a while...

Having seen my aunt care for my grandmother after her stroke, helped me prepare a bit for what was to come, but these ladies have some smart things to say for folks in my situation:

If you're parents are aging and/or ailing, I hear you. Don't ever be afraid to reach out. I'll listen and know what you're going through.