I've been writing Caliban's Revenge for just over four years now and I have published just about every comment I've ever received, though they are sometimes few and far between. While I have less than 60 followers, I know plenty of people who read the blog regularly. Those who do comment, are usually polite and often agree with me. And even when they don't agree, as long they are civil, I approve their comments in order to present opposing points of view. I think I've rejected two comments in all that time, both of which were rude, but neither of which were outright hateful. That changed today.
In my Gmail inbox today, I found a request for comment moderation on a "Gayest Thing" post I wrote over a year ago about wrestling. Specifically, about a video that featured hot guys in sports set to the Backstreet Boys' song 'I Want It That Way.' I posted a picture of a wrestling singlet and talked about how some wrestlers get a little 'excited' when competing. It was all in good fun and two of my gay blogger friends, Michael Offutt and Pax Romano, both left amusing comments at the time. Anyway, I opened my Gmail tonight to find to this comment waiting approval by an anonymous troll:
"F*ck you f****t! Wrestling is the least gay sport" (the stars are mine).
Needless to say, I did not approve the comment. But I still felt I should share it because it goes to prove how far the LGBTQ community has to go in making people understand that we are not sick, evil, pedophiles who want to turn everyone gay. Seriously, I'm actually glad that men like Newt Gingrich and Bryan Brown aren't gay. Ew! And honestly, how can anyone say that "Wrestling is the least gay sport?" What other sport lets men roll around in Spandex onesies, grabbing each other's crotches and butts while trying to assert their dominance? Seems pretty gay (not to mention lots of fun) to me.
So I am dedicating the probably NSFW videos and photos below to you, Anonymous, homo-hating troll. I hope you enjoy how manly they are: 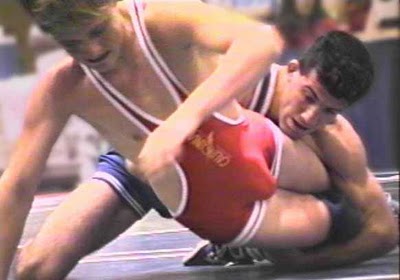 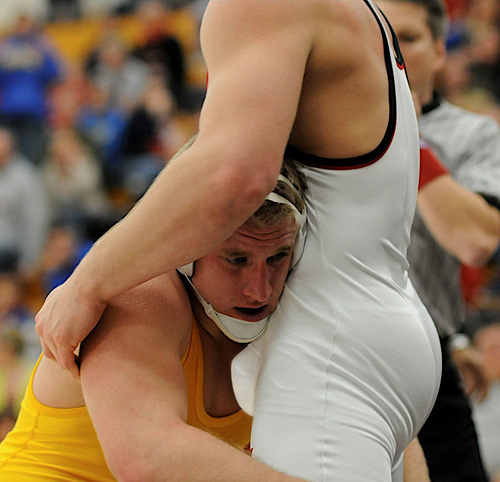 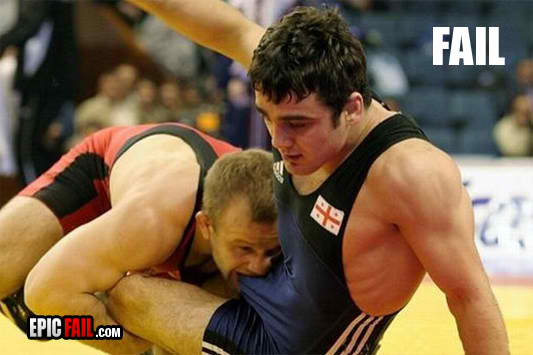 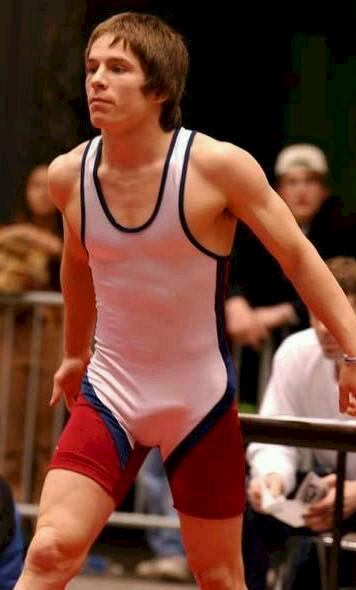 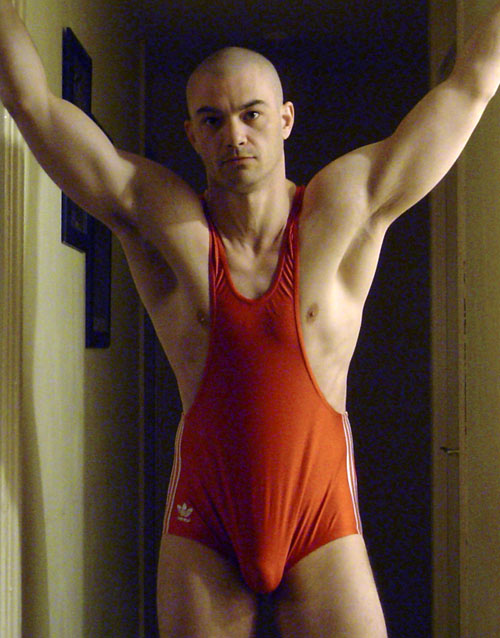 Of course, the phenomena is not just limited to wrestlers: 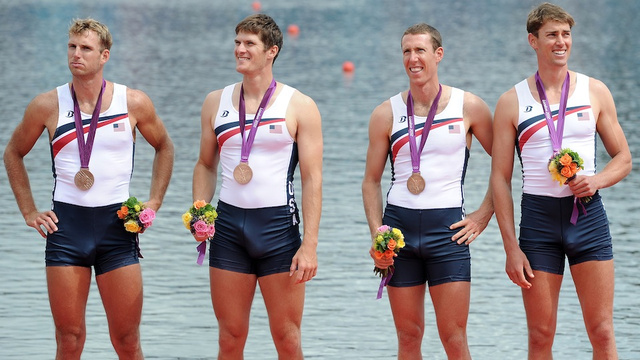 So, Anonymous, I guess wrestling is the least gay sport, as long as you define "gay" as men who don't get boners while wrestling. Oops!
More, anon.
Prospewro
Posted by Prospero at 11:39 PM

You must be doing something right!

Be that as it may, you have arrived ;)

Well Hallefuckinlujah! LOL
You nailed that one, indeed I was a wrestler in high school (our coach declared that we had to earn our wrestler bones~he actually said that)
Gayest Sport?
You bet your jizz-soaked singlet!
RwFL