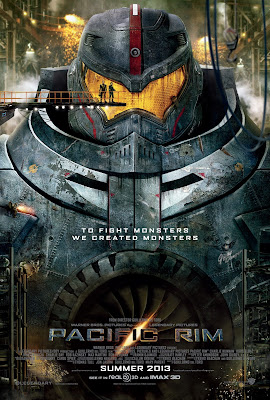 Many of you know that Uncle P is a Lovecraft fan. So it should be no surprise that a few years back I was very excited to learn that Guillermo del Toro was planning to adapt Lovecraft's "At the Mountains of Madness" for the screen, I nearly peed my pants with joy. As far as I am concerned, del Toro's 2006 film Pan's Labyrinth is the first film masterpiece of the 21st Century. The Mexican-born director (and fellow monster-movie geek) has made some of the most visually arresting genre films ever made, including Blade II and the Hellboy movies.

If anyone could successfully bring Lovecraft's horrifying monsters to the screen, it would be del Toro. Others have tried. In 1970, Sandra Dee; Dean Stockwell; Ed Begley, Sr; Sam Jaffe and Talia Shire starred in the rather boring and not scary The Dunwich Horror.  In the 80's, Stuart Band and Brian Yuzna made the first of many Lovecraft-inspired films, Re-Animator; an hilariously sick, gory and over-the-top film released in 1985 without a rating. It was followed by From Beyond and several other films, including Bride of Re-Animator and Beyond Re-Animator, all starring genre legend Jeffrey Combs. The underrated and very clever 1991 HBO movie Cast a Deadly Spell saw Fred Ward as noir detective Phillip Lovecraft in an alternate-history version of the 1940's where magic is commonly used by almost everyone and a real-estate developer is using zombies to build a housing development which is really just a front for a cult bent on reviving The Old Ones. And John Carpenter's 1994 film In the Mouth of Madness combines elements of both Lovecraft and King in a tale of a publisher searching for his missing best-selling horror author in a bizarre New England town where nothing is what it seems to be. Lovecraft's work is even referenced in Sam Raimi's Evil Dead films. While some of these movies succeed more than others, none has managed to truly capture the abject horrors Lovecraft describes in his stories and novels. A del Toro version had the potential to do just that. Sadly, the studio backing the project got scared off by such a big-budget production which would limit audiences by requiring an "R" rating in the U.S. and the project was nixed.

Happily, it left the director free to make a movie he was only supposed to produce. The kaiju/giant robot mash-up, Pacific Rim. Inspired by the Toho Studios post-nuclear giant monster (kaiju means 'strange beast' in Japanese) movies of the 50's and 60's, Pacific Rim will undoubtedly be little more than what it advertises itself to be: A big, splashy, FX-laden 3D movie about giant robots battling giant monsters. And watching the latest trailer (below), who could want anything more. Destruction! Giant monsters! Giant robots! I am so there. Watch this one in Full Screen and the sound turned up!

Sweet Mia and I, after being friends for a while now, may have to make this our first movie date.

PS - I am a sucker for Fred Ward and I actually really like Cast a Deadly Spell. It's funny and very, very clever. Plus, David Warner!

And while wildly uneven, Carpenter's take on Lovecraft is at least fun to watch: