I am the first to admit to being dubious about Warner Brothers' reboot of DC's founding character with Zach Snyder's upcoming Man of Steel. It started a while back with the first pictures of the redesigned suit. Like many purists, I didn't like the loss of the red briefs, though the costume has grown on me a bit. Then I sort of balked at the casting of Henry Cavill. Why was  Brit playing an American icon? It would be like Ben Affleck playing James Bond. Then more pictures of Cavill as Clark Kent started showing up. A hairy-chested, bearded Kal El? (How the hell does a Kryptonian shave on Earth?) He was looking mighty fine, though.

Then the rest of the cast was announced. Amy Adams as Lois Lane? Okay, you've got my attention. I love Amy Adams. She's amazing. Laurence Fishurne as Perry White? Um.... sure, why not? As long as he isn't as creepy as he is on "C.S.I." and "Hannibal." . Oh, dear. Russell Crowe as Jor-El? Um.... um... Okay, I'll admit it. I despise Russell Crowe. I think he is an abominable person who doesn't deserve the fans he treats like crap. Wait, what? Kevin Costner as George Kent?  Seriously? Why does this hack still have a career? Oscar winner or not, Costner is a bad, bad actor. Diane Lane as Martha Kent? Isn't she too young? I mean, sure, I love her but when did she get old enough to play Martha Kent? It's like Winona Ryder playing Spock's mother in Star Trek. Weird. Oooh! Michael Shannon as General Zod sounds amazing.

The first trailer came out and fans were.... confused.


Hmmm. That was...  Oh, wait. I didn't realize Nolan was producing (before the teaser first came out). Okay. This has a chance of being better than Suckerpunch (though to be honest, almost anything had the same chance). Then came Teaser #2:


Well, that was... New Agey. Trailer #3 arrived with with Crowe, a look at Krypton and a few more hints.

Feeling a lot better, but still confused. Superman in handcuffs? More details leaked - No Kryptonite. In fact, Krypton was not destroyed. Kal-El was sent to Earth because he was an illegal natural child. Hmm.... Clark spends his early years afraid of who he is. Interesting. And the name Superman is merely alluded to but not used. David S. Goyer (Nolan's Batman trilogy) wrote the script. He's had more hits than misses, but this is tricky material. Sure, DC writers re-boot their lines all the time. But this is the greatest superhero of all time. There's some very deeply ingrained history with this character and Goyer is taking some major risks with a mythology origin that hasn't changed in 75 years. You guys better know what you're doing. I'll probably see it, but with a purist's eye and a romanticist's heart.

Then yesterday, this trailer hit the net and everything changed (watch FULL SCREEN!):

Damn!  Now that is the kind of big-screen; 3D; action-packed; 21st Century Superman movie the franchise needs. That trailer single-handedly changed Man of Steel's status from "Want to See" to "MUST See." I may want to be Batman, but I have have always been in love with Superman. It looks like Nolan and Snyder may well make me fall in love with the big gorgeous lug all over again! 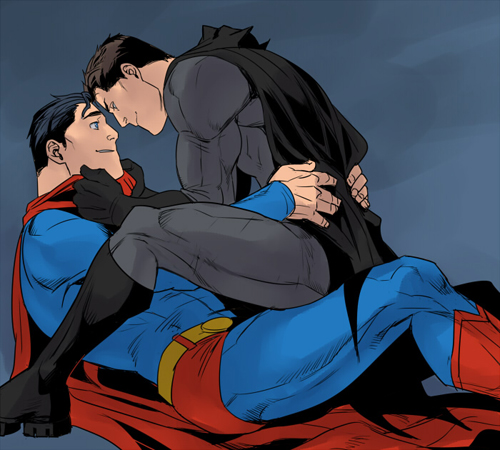