I Will Sleep Well Tonight 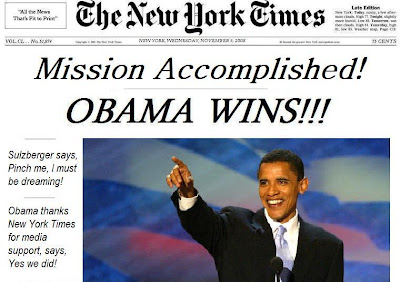 Anyway, I am thrilled to learn that it's all but a formality and President Obama has been reelected for a second term. This means that the repeal of DADT will stand; DOMA will be struck down and ENDA will finally be approved. And it also looks as though a Democrat-heavy Congress will actually be able to back up the reforms he's been trying to pass for the last four years.

It's actually heartening to know that most of America hasn't drunk the Rmoney Kool Aid; saw through his lies and sent the Kolobian packing. Of course, as of this writing, Mittens has yet to concede, claiming that Ohio was called too early. Boo-hoo! I just want to see the poor loser licking his wounds through his magic underpants.

Of course, my joy is tempered with sadness for those still suffering the effects of Hurricane Sandy. There are still many thousands without power and/or homes. I am hapy though, that FEMA will still be around to help them. I also feel bad for the kids in my town. Trick or Treating was postponed to tomorrow night, just when our area is supposed to be hit by a Nor'Easter that may dump 2 to 4 inches of wet snow on the area. I'll still have my bowl of candy ready, just in case a few brave souls knock on my door.

Keep believing in Hope and Change. Donate to the Red Cross' Hurricane Relief and volunteer if you can and know that America's future is a little bit brighter, now. Oh - Clinton/Booker in 2016. Who's in with me?