Review "The Avengers: Age of Ultron" 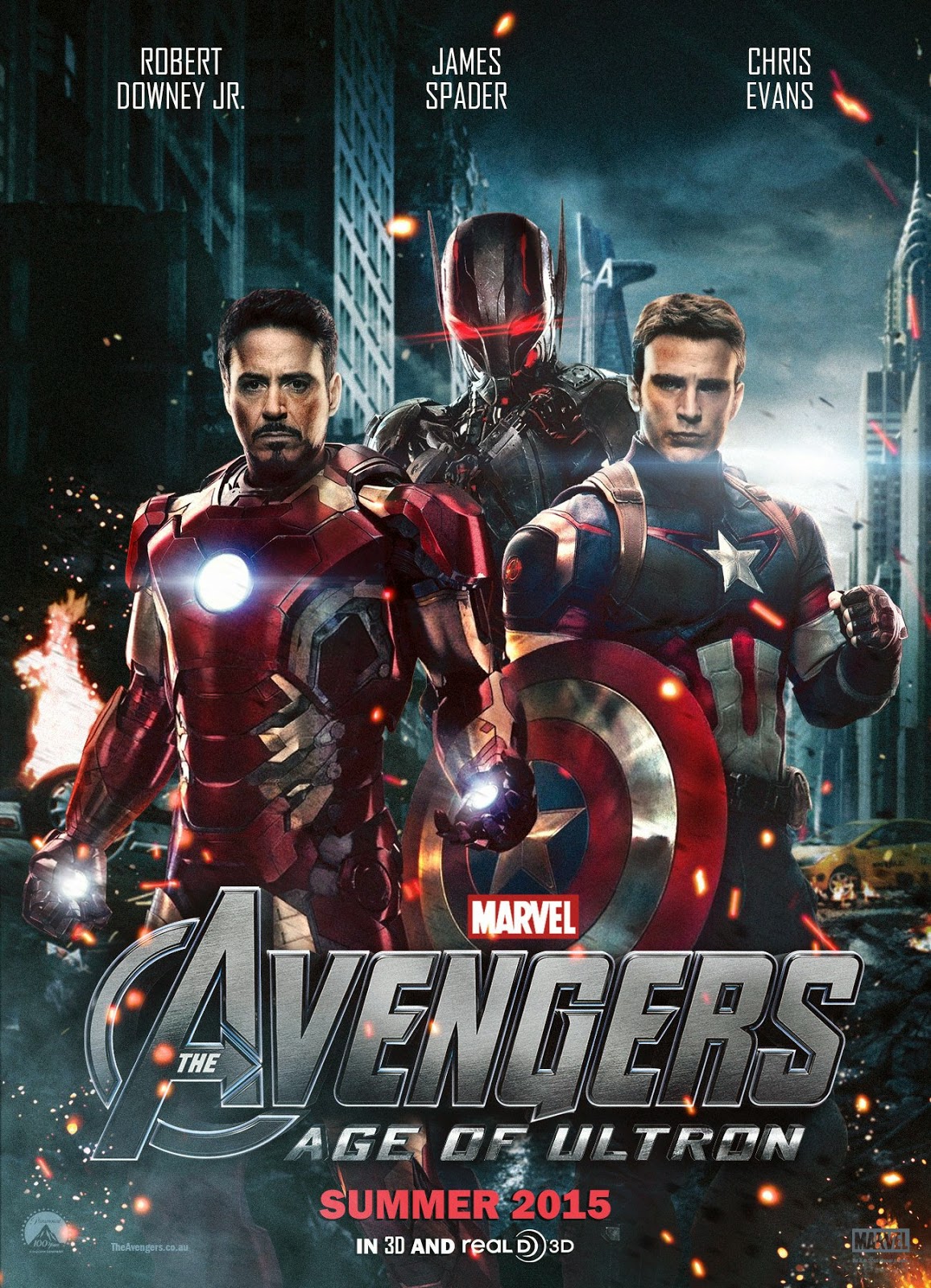 Holy cow! I'm actually blogging! In fact, I may blog several times this month as there are at least two other movies coming out and another currently playing on my Must See list and I am determined to see at least two. But that's another post.

So today marked several significant things for your Uncle P.  It was the first movie I've seen in a theater since Christmas; it was the first 'Tentpole' movie of the season; it was the next Marvel movie in an increasingly interconnected series unlike anything that's ever been attempted before and (most importantly) it was the first time that J and I went to the movies together. I love that while J doesn't quite share my enthusiasm for movies, he likes that I have that enthusiasm. The last movie he'd seen in a theater was a Harry Potter movie and he had never seen a 3D movie (poor, sheltered thing - LOL - I love you, Honey!) so it was more than just out first movie together for him, too (yes, we're saving our ticket stubs - we're mushy that way!).

When we last saw The Avengers as a team, they were eating schwarma after defeating Loki and the alien invaders, much to the chagrin of first-glimpsed villain, Thanos. The Avengers now operate as an independent team under the direction of Steve "Captain America" Rogers (Chris Evans) and we join them in the midst of an assault on a HYRDA compound in Eastern Europe to recover Loki's scepter. Once recovered, Tony "Iron Man" Stark (Robert Downey, Jr.) asks to study the sceptor for 3 days before Thor (Chris Hemsworth) returns it to Asgaard. When Stark's computer, Jarvis (Paul Bettany) studies the staff, it discovers the gem inside (one of the 'Infinity Stones' which have featured in several of the films) houses an artificial intelligence. Seeing this as an opportunity to create a sentry for humanity, Stark and and Bruce "Hulk" Banner (Mark Ruffalo) attempt to interface Jarvis and the AI to create what is intended to be a world-wide guardian named Ultron* (James Spader). Of course, as in any good Frankenstein story, a monster arises, instead.

Thankfully, Age of Ultron manages to just barely avoid the Marvel plot formulas that were becoming a little too familiar and this time around we get to learn more about the humans inside the Superheros, particularly Clint "Hawkeye" Barton (Jeremy Renner) and a seemingly impossible romance for Banner and Natasha "Black Widow" Romanov (Scarlett Johansson). There is plenty of the usual Marvel action and banter, with lots of tension-relieving jokes and one-liners in between the grand-scale destruction and over-the-top action sequences (a very funny scene about them all trying to lift Mjölnir turns into an important plot point later on). We are also introduced (I won't say how or when) to the character Vision (Bettany) and a pair of 'enhanced' twins (Aaron Taylor-Johnson as Quicksilver** and Elizabeth Olsen as Scarlet Witch). Add appearances from Marvel regulars Idris Elba; Hayley Atwell; Don Cheadle; Cobie Smulders; Anthony Mackie and Samuel L. Jackson and you have a very entertaining movie, indeed. But I must give a special nod to Spader's voice performance, which is dead-on. I knew but had forgotten that Spader was cast, and both J and I were going crazy trying to figure out whose voice it was, because his smarmy inflections and turns of phrase were so very familiar. When the credits rolled we both said "D'oh!"

Yes, we both very much enjoyed the movie, though I thought the 3D was completely unnecessary. It honestly did nothing to enhance the movie and at the end of the 141 minute run-time, my eyes were very tired and J had a headache (he said, "I don't ever need to see another 3D movie, Honey"). Truth be told, I liked the first Avengers movie much better. Writer/Director Joss Whedon obviously has a vision for the franchise and I expect the next film in the series (Infinity Wars) will be the Empire Strikes Back of the series.  *** 1/2 (Three and a Half Stars).

The Avengers: Age of Ultron is rated PG-13 for "intense sequences of sci-fi action, violence and destruction, and for some suggestive comments."

*In the original comics, Ultron was invented by Hank Pym, the original "Ant-Man." One of the trailers we saw before the movie was for Marvel's next 'Phase Two' movie Ant-Man starring Paul Rudd ("Oh, Paul!") and Michael Douglas as... Hank Pym!

**We previously saw a very different version of Quicksilver as played by Evan Peters in X-Men: Days of Future Past, apparently the result of multiple studios owning various rights to the character, though Taylor-Johnson's version remains truer to the comics.

Well, this was fun. I'm pretty sure you'll hear from me again this month!