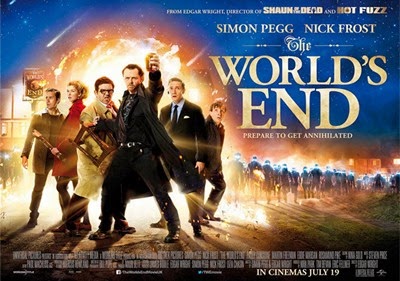 Edgar Wright and Simon Pegg round out their "Cornetto* Trilogy" (Shaun of the Dead and Hot Fuzz are the first two) with their take on Apocalyptic Sci-Fi, The World's End.

Desperate to reconnect to his youthful adventures, Gary (Pegg) talks four old mates into recreating and actually finishing the "Golden Mile" pub-crawl they attempted 23 years ago. 12 pubs in one night, ending at The World's End. But when they return to the town they grew up in, something is... off. None of the regular pub owners seem to recognize them and it looks as if they keep passing the same people on the street over and over again. Joined by pals Peter (Eddie Marsan); Steven (Paddy Considine); Oliver (Martin Freeman); Andy (Nick Frost) and eventually Oliver's sister Sam (Rosamund Pike), Gary is determined to relive the best night of his life, despite the decidedly weird goings on in their home town. And as difficult as dredging up the past may be for all of them, what's happening in their small village is much worse.

Pegg's and Wright's script spends the first act on somewhat slow but amusing (and important) exposition before it's gets to the meat of the story, (SPOILER ALERT) which ultimately involves an alien plot to pacify the citizens of Earth so they might join an inter-galactic coalition of some kind. The performances across the board are excellent (who knew Frost could move like that?) and the FX are terrific. There are plenty of laugh-out-loud moments and even more moments of quiet humor. Pierce Brosnan (Goldeneye) and "The Strain" alum David Bradley both lend their talents in supporting roles and the ubiquitous Bill Nighy is on hand for some very funny voice-over work at the end.

While certainly better than Hot Fuzz, The World's End still can't hold a candle to the brilliantly funny first film, Shaun of the Dead, though it echoes many of the same themes and locales while completing the triumvirate of Horror, Action and Sci-Fi in a mostly satisfying way (and including a rather hilarious fence joke which appears in all three films).

*** (Three Out of Four Stars). The World's End is rated 'R' for "for pervasive language including sexual references." 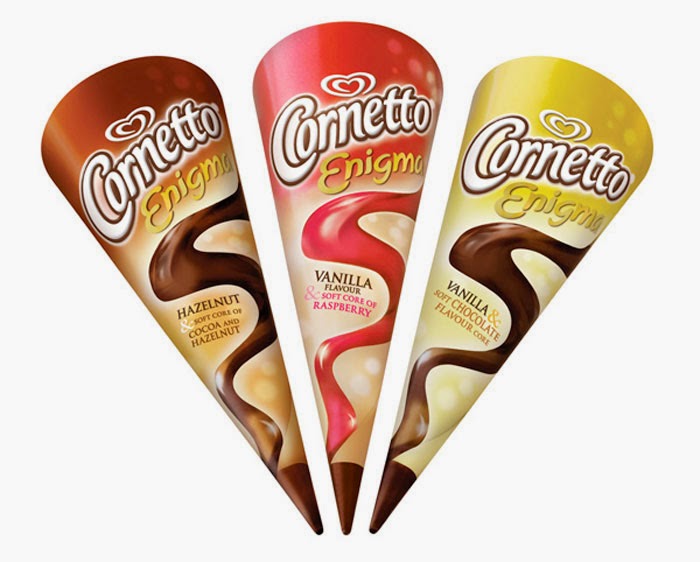 And here are the trailers for the first two films in the trilogy:

I hope to watch all three in a row, some day...