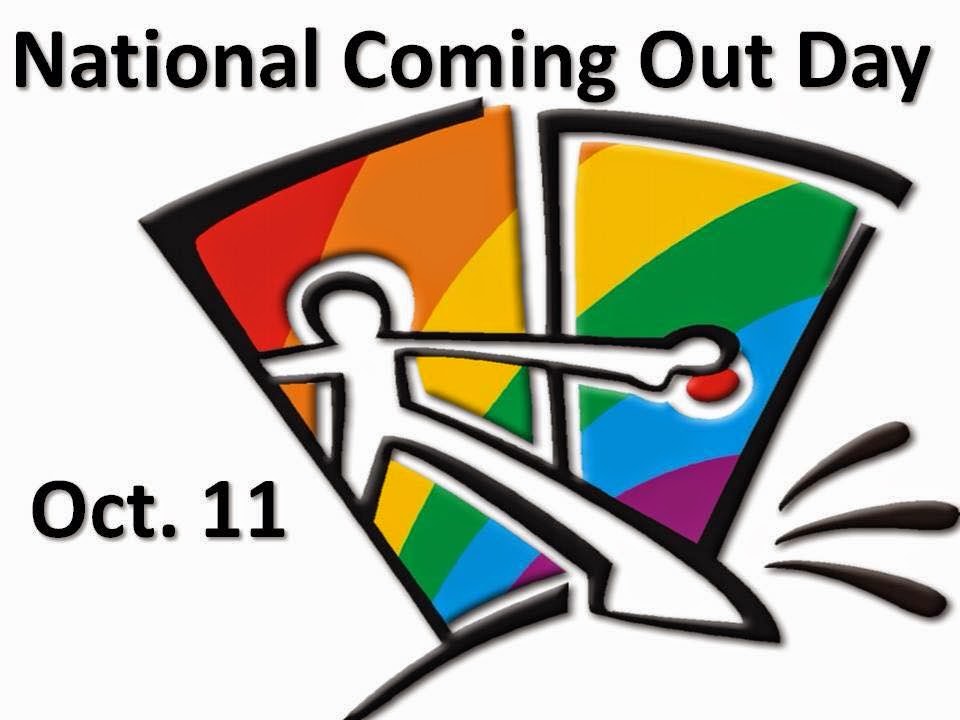 So today was National Coming Out Day.  I hope lots of folks did and are the happier for it, as am I. And while it's all well and good that we have an official "Coming Out Day," for many of us, coming out isn't or wasn't a one day deal.

For Uncle P, the process started with a few High School Theatre girl friends, claiming then (and through much of college) that I was Bisexual, knowing full well that wasn't true in the least. Of course, Uncle P came of age at the beginning of the AIDS crisis, adding additional stigma to being a young gay man. And while all through my 20's and early 30's I had my fun, it wasn't until I went into therapy that I was able to not just come out to myself, but to to my immediate family. I was going to tell my mother on "Come Out with Ellen" day, but chose to do so a week before, steeling myself with a drink or three, first. She cried, not because I was gay, but because I had been afraid to tell her. Eventually, I started expressing to her which men I found attractive on the TV shows we both watched and we would have small conversations about why and whether or not we found the same guys attractive. She loved my long ago ex, Ric and encouraged me to find someone right up until she went into the hospital for the last time.

I told my sister that same year, on the last night of my once-annual October trip to Florida. She was neither shocked nor upset, though embarrassed at having used the "F" word, earlier in the day (something that almost stopped me from telling her). To this day, she continues to not only be my BFF (I love you K & Q, but you know...) and a staunch supporter of LGBT rights, including Marriage Equality. I feel so lucky to have her on my side, especially given the stories we all know about families abandoning their LGBT members. And while there are still a few elderly family members (my Aunt and Mom's Aunt and Uncle, among them) who don't know - and as far as I am concerned, don't need to know - most of my cousins and few aunts and uncles know. And that's fine. They are all mostly liberal and accepting. And if not, the hell with them. I have reached the age where I truly don't give a rat's ass what you think about me.

For me, coming out was a long, drawn-out process which took many years. As I am sure it was and will continue to be for many gay people. But as more and more of us make ourselves visible, it will be easier and easier for those who come after us. Eventually (hopefully), 'coming out' won't be something anyone needs to worry about. Am I too optimistic about a Roddenberryesque Utopia where the whole word gets it? How  I would love a peek into the future a hundred or so years from now. I can only hope the smart folks win.

In celebration of Coming Out, here's the trailer for my favorite gay rom-com and sweet coming out story, Big Eden:

And here's a very affirming music video about Coming Out: