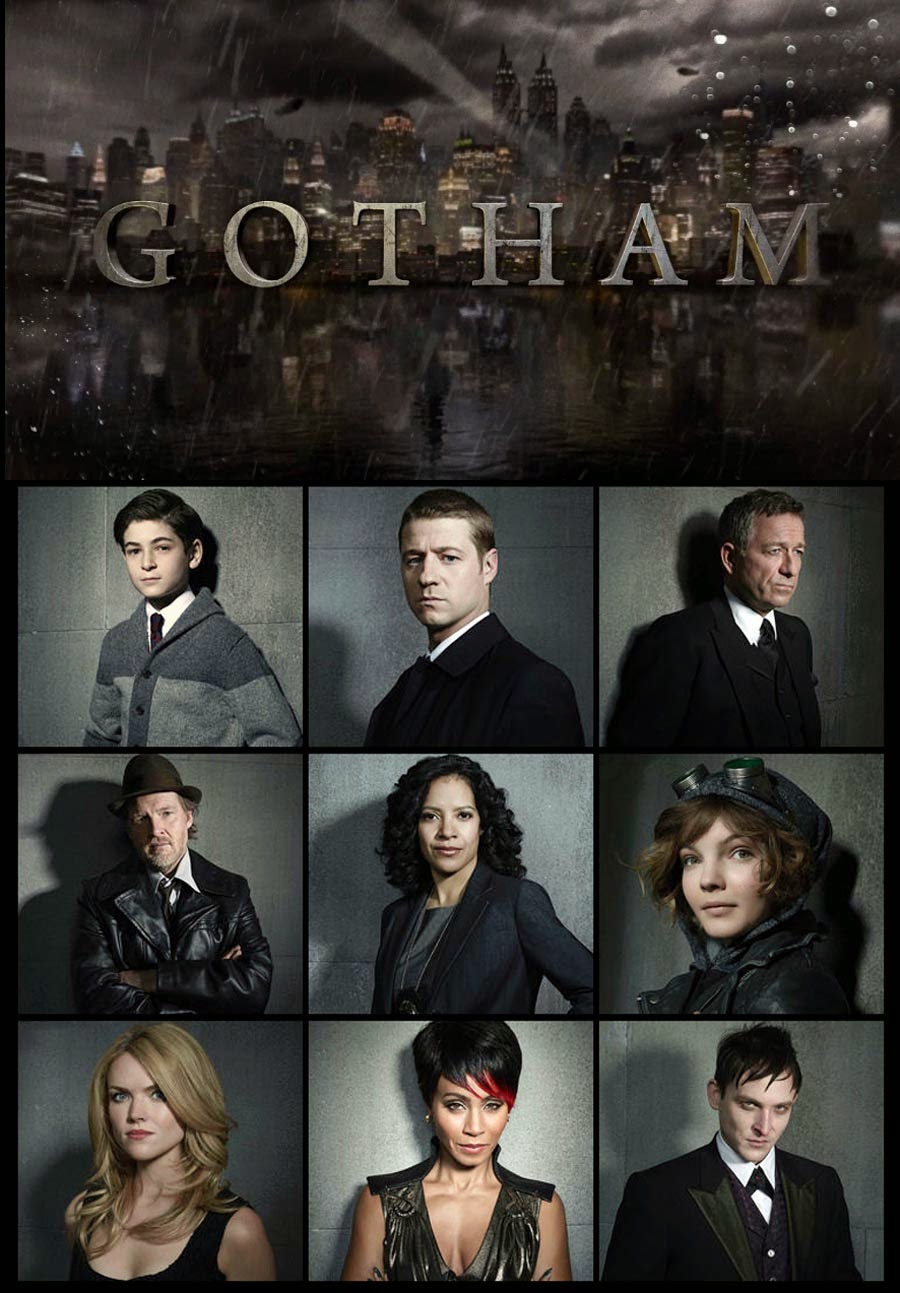 I don't usually review new TV series until after the 2nd episode but every once in a while a new show comes along that hits a home run on very first up at bat. And before I go there, what regular readers are left, know that I am and have been since childhood, a MASSIVE Batman fan. Closely followed by Superman, Batman doesn't need superpowers to be a Superhero. Other DC Favorites include Wonder Woman; Aquaman (don't you dare!); Flash and to a lesser extent, Green Lantern; Green Arrow and Nightwing. When FOX first announced what appeared to be a DC Muppet Babies, I was less than impressed. It looked... unnecessary, at best. As more clips and promos began to filter across the Net, my interest was piqued, though my expectations were still rather low.

Imagine my surprise when I sat down to watch last night's pilot episode and found myself immediately immersed in and engrossed by what turns out to be not only a Batman & Villains origin story, but a gritty, dark and violent crime drama filled with intriguing glimpses of the young versions of the characters we've come to know and love. The first episode begins (not a spoiler if you know anything at all about Batman's origins) with the murder of Bruce Wayne's parents and the new detective who promises Bruce he will catch their killer, Jim Gordon (Ben McKenzie). Gordon's crooked partner Harvey Bullock (Donal Logue) is in cahoots with vicious club owner Fish Mooney (Jada Pinkett Smith) who in turn works for mob boss Carmine Falcone ("Rizzoli & Isles" and "The Wire" alum John Doman). As the investigation mounts, we're introduced to young versions of Selina "Catwoman" Kyle; Ivy "Poison Ivy" Pepper; Oswald "Penguin" Cobblepot and Edward "Riddler" Nigma.

First and foremost, kudos to Production Designer Doug Kraner, who has imagined a Gotham City for the 21st Century. Gotham City is gorgeously executed, seamlessly blending real-life New York City with his CGI rendered skyline, while managing (along with expert cinematography) to maintain the Noir atmosphere essential to the source material. Pilot director (and series producer) Danny Cannon has artfully set up what looks to be an exciting and intriguing show. Hottie McKenzie (probably best known for "The O.C.") has been around long enough to deserve the breakthrough role I hope Gordon will be for him.* Gordon is determined to clean up the corruption in Gotham and McKenzie plays him both tough and vulnerable, though it might be nice to see his softer side a little more. Logue is his usual self: slovenly and only looking out for himself, he brings an odd likeability to a completely unlikeable character. Smith is both seductive and vicious as Fish, a woman who won't blink an eye while cutting your throat. The stand-out villain this episode was Robin Lord Taylor's Cobblepot. Taylor's Penguin is madly sadistic and duplicitous and I loved him.

If you are a Batman fan, a DC fan, a crime drama fan, a comics fan or just a fan of smart,entertaining TV, you should be watching "Gotham,' Monday nights on Fox (just before the excellent "Sleepy Hollow," which has a terrific season premiere!). **** (Four Out of Four Stars)


*If not, he should play Jeremy Renner's brother in something...