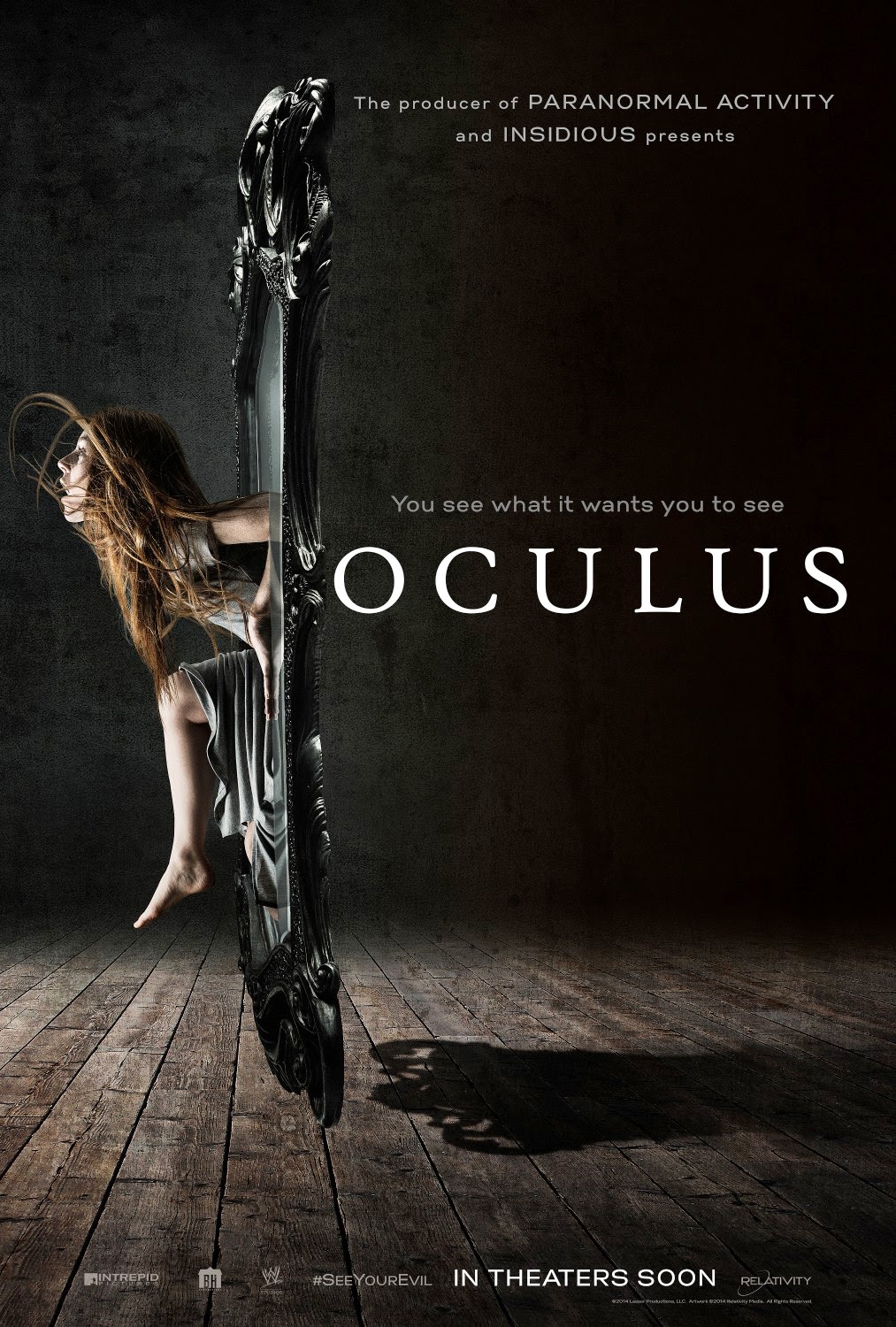 Now on DVD and OnDemand, last year's forgotten little Horror Movie That Almost, Oculus (Latin for 'eye') has a lot going for it, despite a plot that needs more attention paid to it than Inception.

Kaylie (Karen Gillan - Amy on "Dr. Who") and Tim (Maleficent's Brenton Thwaites) are brother and sister who ten years ago, survived a supernatural event which killed their parents, involving an apparently haunted antique mirror. Dad (Dazed and Confused's Rory Cochrane) and Mom (Katee Sackhoff, best known for "Battlestar Galactica") are slowly driven to violent insanity by the mirror which thrives on the souls of its owners. Think "The Shining" if the Overlook was a mirror. Told simultaneously in and while jumping back & forth between the past and present, Oculus is chock full of both creepy scares and gross-out gore (Uncle P will NEVER bite into an apple again). Determined to prove the mirror is to blame, Kaylie brings it and Tim back to their childhood home, along with a plethora of tech (no idea how she afforded all that) to document what she says is proof the mirror is to blame. Tim, having spent ten years in a mental institution, being told what he saw wasn't real, wants nothing to do with his sister's obsession but gets drawn in, nonetheless. The cast is fine (kudos especially to Annalise Basso and Garrett Ryan, who play young Kaylie and Tim, respectively). I'm surprised this twist on an old trope wasn't embraced by the genre community.

Mike Flanagan's direction is perfect for the genre, though his script gets a bid muddied in Act 3. The special effects are on point and there are some genuinely creepy moments. *** (Three Out of Four Stars). Oculus is rated 'R' by the MPAA for: "terror, violence, some disturbing images and brief language."