Kaiju New and Old, Among Other Nonsense 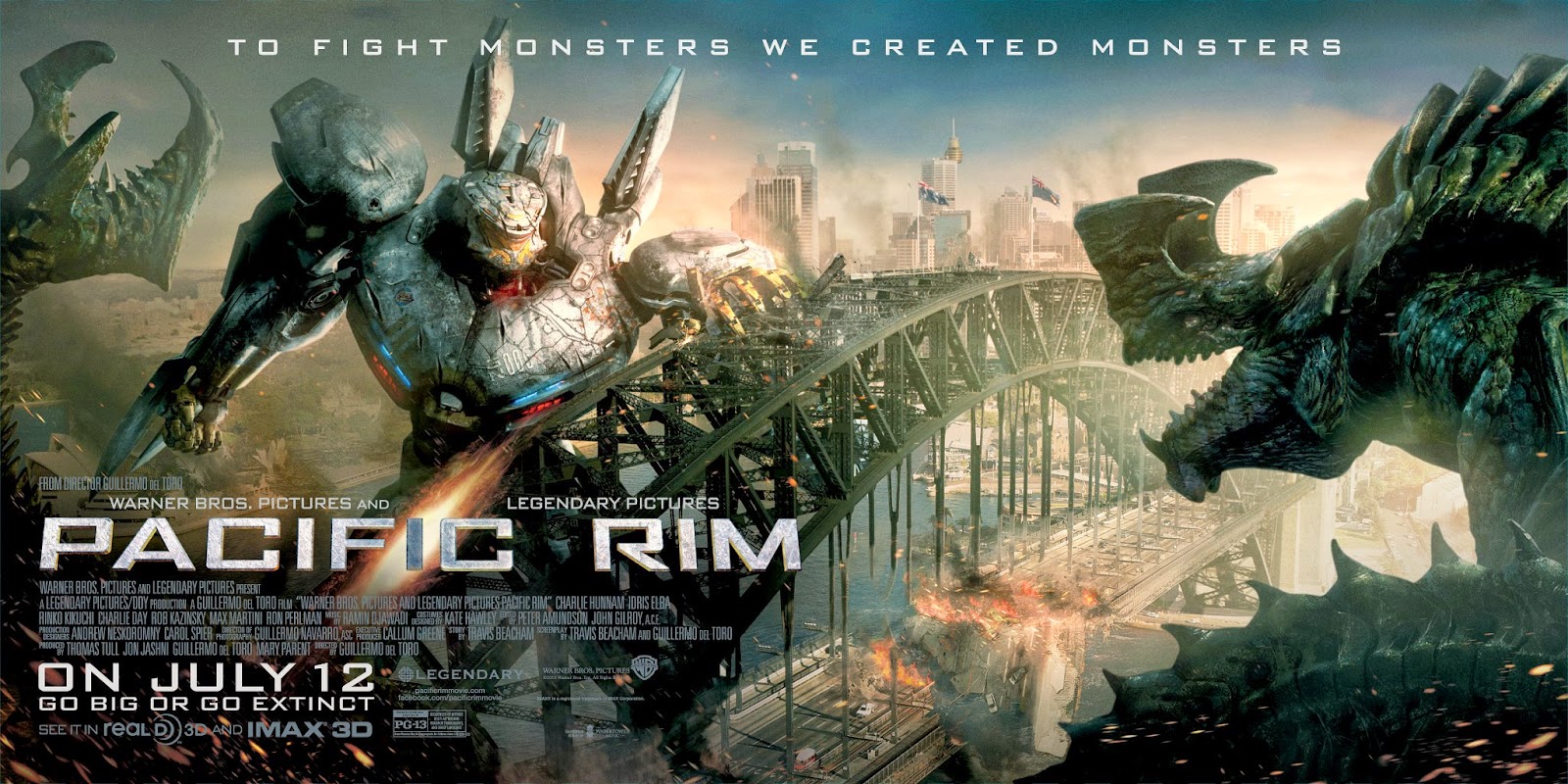 One of the many things I do love
about the Day Job is that we follow an academic schedule. If schools are closed for a holiday, we usually are, as well. This Labor Day weekend will mark the start of Hell Week for Uncle P's return to the stage for the first time since my mother passed away, "Bluebird" which also marks my debut with the Langhorne Players. I am appearing as two very different characters in Simon Stephens' fascinating 1998 play about a night in the life of a London mini-cab driver and how his various fares relate to and inform his own story. I love both characters and love that I get to do two different accents in the same show. K came over tonight to help with lines (she is half--jokingly referred to among our circle of friends as the "Line Nazi"). I came in two weeks late and while I find both characters so compelling, memorization and short rehearsal periods only work well with shows I've done before or know really well. Thank goodness she came and helped. I feel so much better about opening in less than 6 days!

But that's not really what this post is about and I apologize for rambling (sort of).

Because I really want to talk about finally seeing Guillermo del Toro's Kaiju V. Giant Robots movie, Pacific Rim. I must say, I think del Toro was given short-shrift hen it came to reviews of yet another visually stunning movie from the genius who has given us Pan's Labyrinth The Devil's Backbone  and the Hellboy movies. And while del Toro always tries to make his films be about more than amazing visuals, when it comes to the Kaiju genre, there really isn't a lot of room for compelling characters, though co-writers del Toro and Travis Beacham (Clash of the Titans) do their best. The very fine Charlie Hunnam ("The Sons of Anarchy") leads a cast which includes Idris Elba (using his own accent, which only makes him sexier); Charlie Day ("It's Always Sunny in Philadephia"); "Torchwood" alum Burn Gorman and del Toro (and genre) favorite Ron Perlman in a very funny cameo as a dealer of exotic Kaiju parts. Amongst the explosions and destruction, there are plenty of moments that illicit the requisite relief laughter and moments of heroic sacrifice. You really can't ask for more from a Kaiju movie, and those who love the genre will totally get it.. *** (Three out of Four Stars)


Growing up in the 60's and 70's, there was plenty of Kaiju (though I didn't learn that word until much later) on TV. Toho Studio's "Godzilla" movies and their many spin-offs were regular Saturday afternoon fare on UHF channels (if you know what UHF was, you're probably as ancient as Uncle P) and after-school programming always included Tsuburaya Productions' TV show, "Ultraman." A benevolent alien pursues a monster to Earth, accidentally colliding with Science Patrol Officer Hiyata. Fusing with Hiyata, Ultraman is evoked using the Beta Capsule (which resembled a red, glowing vibrator, if memory serves) and Hiyata is transformed into a gigantic, Kaiju-killing machine:


For del Toro, Kaiju is obviously an extension of his desire to adapt H.P. Lovecraft's "At the Mountains of Madness." I do hope a studio finally realizes that it would have to be a hard R, and would still make tons of money. Have they forgotten The Exorcist and The Silence of the Lambs? Both iconic films and iconic Horror,