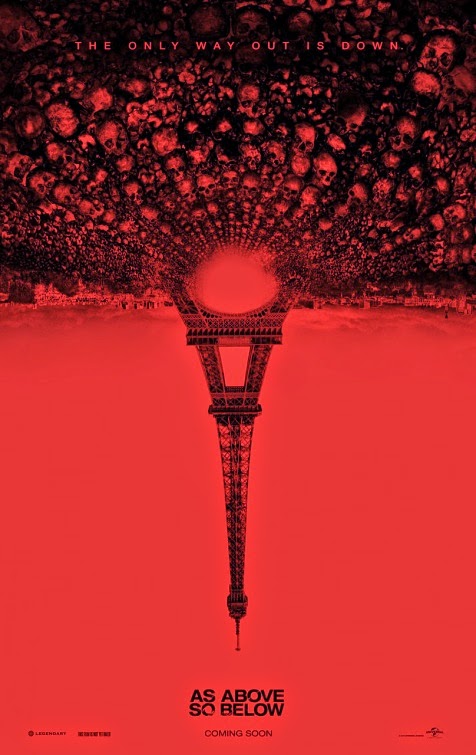 As the summer movie season draws to a close and all the major "tentpole" movies have been released, smaller studios are ready to waltz in and make a quick profit on relatively inexpensive genre films. While October might seem the logical time to release a horror movie, by mid-August, genre fans like Uncle P are looking for something darker and weirder to get them through the often artsy Oscar bait with which we are about to be inundated (not that there's anything wrong with artsy Oscar bait movies... there are plenty of those that I love). But once a Horror fan, always a Horror fan.

First up is the modern Southern Gothic Jessabelle. Directed by Kevin Greutert (the Saw series). Jessabelle concerns a young woman (Sarah Snook) who returns home after a car accident paralyzes her and kills her boyfriend. Moving into the first floor bedroom previously occupied by her late mother (something Uncle P is actually about to do), Jessie discovers a series of VHS tapes made by her apparently  psychic Mom., predicting what's going to happen to her.

Next is from Quarantine director John Erick Dowdle. As Above So Below explores the catacombs beneath the City of Lights, an ossuary created to house the many thousands of Parisian corpses which could no longer be contained in traditional cemeteries via a group of young archaeologists looking for a missing part of history. Combining elements from and with any number of Gates of Hell movies,. As Above So Below looks like good a old-fashioned claustrophobic nightmare.

I would NOT go down there. Would you?


And then there's the curiosity known as The Congress. Robin Wright (The Princess Bride) stars as a version of herself in a film that comments about the illusions of beauty, reality and Hollywood. And while there are some who might argue that The Congress isn't a Horror film, imagine yourself trapped in an animated world where anything could happen. I think Ethel from The Twilight Zone might sympathize.Wright is joined by an amazing cast which includes Harvey Keitel; Jon Hamm; Kodi Smit-McPhee and Danny Huston.


I'll be happy to see one of these films this month and delighted if I were able to see all three (as unlikely as that is).