A Friend of Bill's 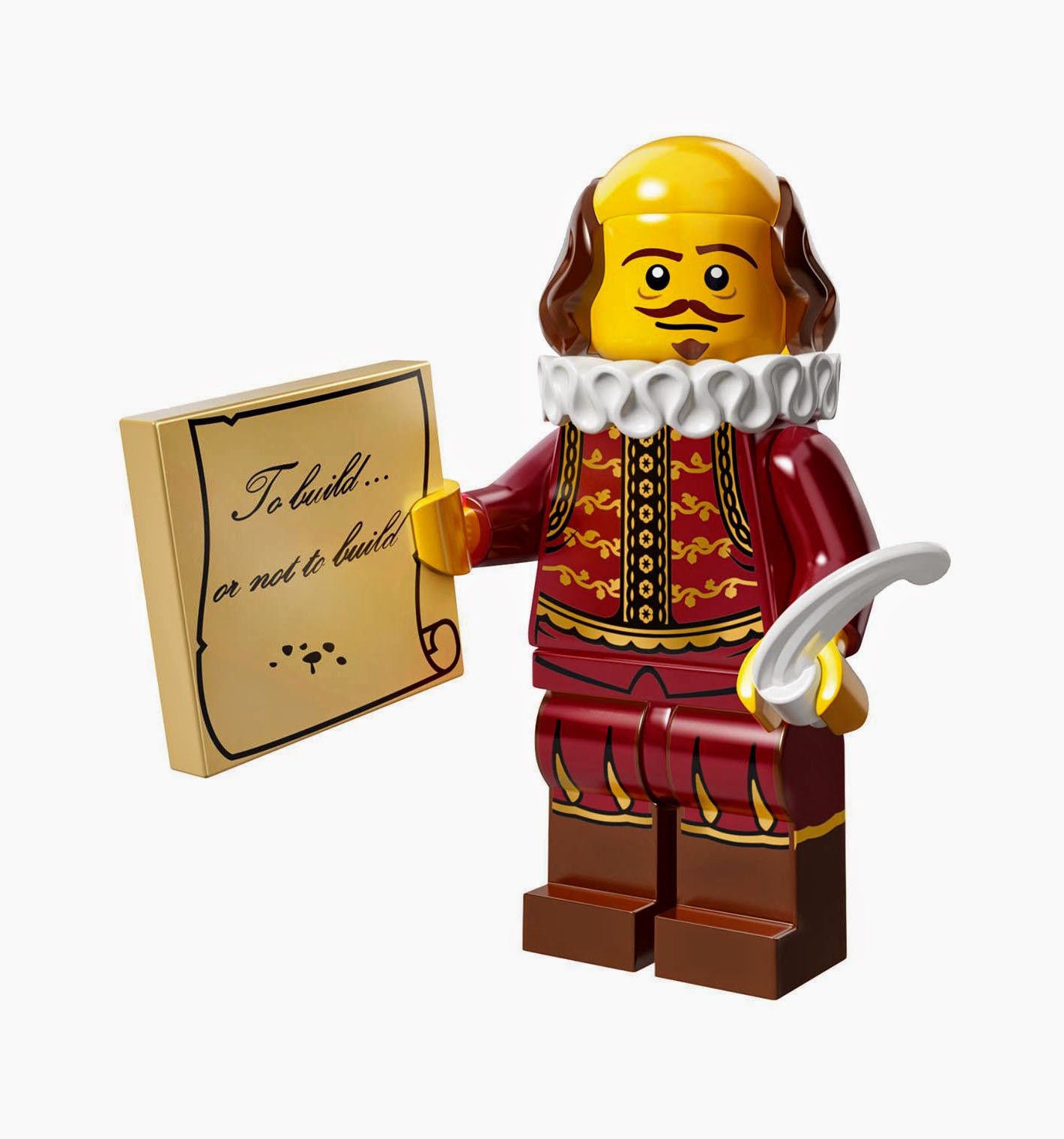 April 23rd is generally accepted as Shakespeare's birthday, though record-keeping 450 years ago wasn't exactly a science. We know he was baptized on April 26th and that he died on April 23rd. April 23rd is also St. George's Day in England, so it's poetic justice (if nothing else) that we celebrate the greatest playwright in the English language's birthday today. And of course, how could a blogger who takes his nom de plume and blog title from what is probably his last play not talk about him?

As with most Americans, my first encounter with Shakespeare was in a high school English class. Luckily for Uncle P, it wouldn't be my last. Of course, it took a rather brilliant acting coach and director in college to actually make me appreciate Shakespeare. It was the spring before my sophomore year when I cast as Claudius in Hamlet, set for production the following fall. The director worked his young principals all summer, teaching us how to find the rhythms of Iambic Pentameter so they made conversational sense; explaining the jokes and archaic terms and (for me, at least), how to use our voices to their fullest effect. Since then I have appeared in and/or directed some of the Bard's most iconic pieces. I played Friar Laurence in Romeo and Juliet (twice); Cassius in Julius Caesar; Sir Toby Belch in Twelfth Night; a gay Jacgues in As You Like It, as well as Gonzalo and Prospero in two very different productions of The Tempest, while acting as sound-designer/lead Foley artist for a third. I directed a box-office record breaking production of A Midsummer Night's Dream, followed by a WWII-era Much Ado About Nothing and a Prohibition-era Romeo and Juliet at Princeton. I am desperate to direct a "Splash-Zone" production of Titus Andronicus, but it seems that most theatre companies are afraid to let me. I say they don't know what they're missing out on.

Ultimately, what makes Shakespeare still popular 400 years on, was his ability to so perfectly capture what we have come to know as 'The Human Condition.' For all our scientific and technological advances, we still behave as irrationally as most of Shakespeare's characters do. We fall in love; we feel jealously, rage and sadness; we laugh and dance and carry on; we question ourselves and the very meaning of life. In his controversial book "Shakespeare: The Invention of the Human Condition," author Harold Bloom posits that all we all behave the way we do because Shakespeare's plays have taught us to do so. To which I respond, "Nonsense!" Shakespeare was simply noting and commenting on human behavior as it has always been and most likely always will be. He just did it using those beautiful words of his.

Happy Birthday, Bill! I hope to work with you again, sooner than later.