The Most Egregious Thing You'll See This Week 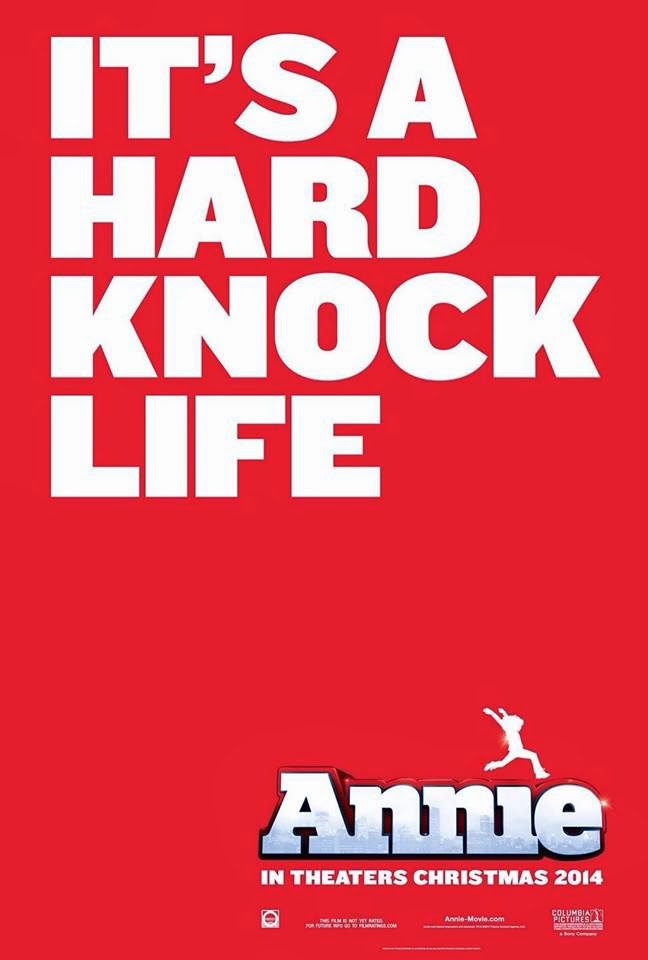 I was a sophomore in High School when Annie made it's Broadway debut (look it up and do the math). The comic-strip on which the musical was based debuted in 1933 and was still in syndication when the musical first arrived on the Great White Way. It's ubiquitous anthem "Tomorrow" is one the late 20th Century's most recognizable songs and without it, we wouldn't have Sarah Jessica Parker.  The show has had two revivals, one in 1997 and another in 2012. It was made into a not terrible movie in 1982, starring a local gal with whom my mother shared 1 degree of separation, Aileen Quinn (Mom worked with Aileen's mother back in her Playground Monitor days). Carol Burnett and Tim Curry were the villains in director John Huston's fairly faithful version.

News of a new version slated to star Willa Smith arose about three years ago. Last year it was announced that Smith was out, replaced by Beasts of the Southern Wild Oscar-nominee Quvenzhané Wallis.All seemed well and good until we found out that Cameron Diaz (Bad Teacher) and Jaimie Foxx (Ray) were slated to play Miss Hannigan and the updated version of Daddy Warbucks, Benjamin Stacks (get it? -- ugh!). Okay. Fine. Maybe an update is in order. Urban orphans are certainly VERY different today from those of the Great Depression. I have no problem with making older works relevant to modern audiences. I've set both Much Ado About Nothing and Romeo and Juliet in the 20th Century. A timeless story is just that, right?

Look at this trailer for the 2014 Annie and tell me it doesn't make you want to pull your hair out by the roots.


UGH! It's everything I hate about the treacly original show, combined with every unoriginal thought put to paper by modern, corporate filmmakers. Directed by Will Gluck (best known for teen sex comedies like Easy A), this shameless POS is a perfect example of everything wrong with Hollywood and the U.S. film industry today. The trailer makes it clear that this movie will undoubtedly be the miserable flop that it is destined (and deserves) to be.

PS - A special thanks to my friend Sally, who first shared that clip.
Posted by Prospero at 11:29 PM