Cable Review: "Doc of the Dead" 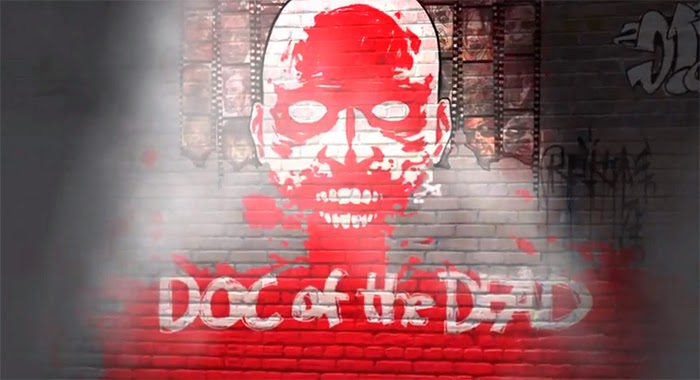 Produced by and currently available exclusively on the EPIX cable network is Alexandre O. Philippe's 2014 release, Doc of the Dead, which tries to encompass all that is the decidedly 21st Century Zombie phenomena.

Featuring interviews with genre icons such as George A. Romero; Tom Savini; Bruce Campbell; Greg Nicotero; Robert Kirkman; Max Brooks; Stuart Gordon and Judith O'Dea (Barbara in Romero's Night of the Living Dead), Doc of the Dead is certainly a fun (if not exactly groundbreaking) examination of the cinematic history which has led to the pop culture phenomenon which captured my imagination at a midnight showing of Dawn of the Dead in a sleazy little twin cinema in 1979. Before the movie started, the theater manager came into the auditorium to make an announcement. "This movie is violent and disturbing. It makes people want to smoke. This theater has a strict 'No Smoking' policy." Of course, as soon as the movie started, multiple joints, bowls and bongs remained lit until the end credits. While I may have left with a pretty good contact high, I was a die-hard fan of the newly emerging sub-genre.


In the end, Doc of the Dead doesn't have anything really new to say that hasn't already been said about the genre. But it's still fun for fans. Doc of the Dead is rated "R" for language, violence and gore. **1/2 (Two and a Half Out of Four Stars). The trailer below is probably NSFW.


In full disclosure, EPIX aired Doc of the Dead just after it aired World War Z, which appears to be heavily promoted in the documentary. Just sayin'.