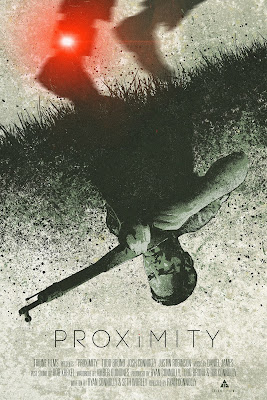 Started my new film year with a short film from 2013 called Proximity, an 11 minute thriller from director Ryan Connolly and co-writer Seth Worley that is well worth the watching. My last stage boyfriend, Chino Cougar Devine (yes, he spells it that way), a hot little Latino with an adorable fiancee, shared it on Facebook and after watching it, I knew I had to share it with you.

Intriguing from the outset, Proximity starts as two men unload a truckload of bound and hooded men in a remote area. They cut their bonds, remove their hoods and wait to see what happens. What follows is a smart, intense Sci-Fi take on The Defiant Ones that's loaded with action and surprises. If this is what Connolly and company can do in 11 minutes (and reportedly shot in only 10 days), just imagine the feature they could make, given the budget. You can watch the film below, along with the trailer for 1958's The Defiant Ones, starring Tony Curtis and Sydney Poitier.


Now that I have Netflix, I plan on seeing and reviewing more films than I had last year. I still haven't gotten to the movies since Gravity, I think, and that makes me sad, especially with holiday gift cards in my wallet. Dear D owes me at least two... Anyway, enjoy Proximity and look for more from Connolly on his YouTube channel.