Why I Love Mid-Season TV 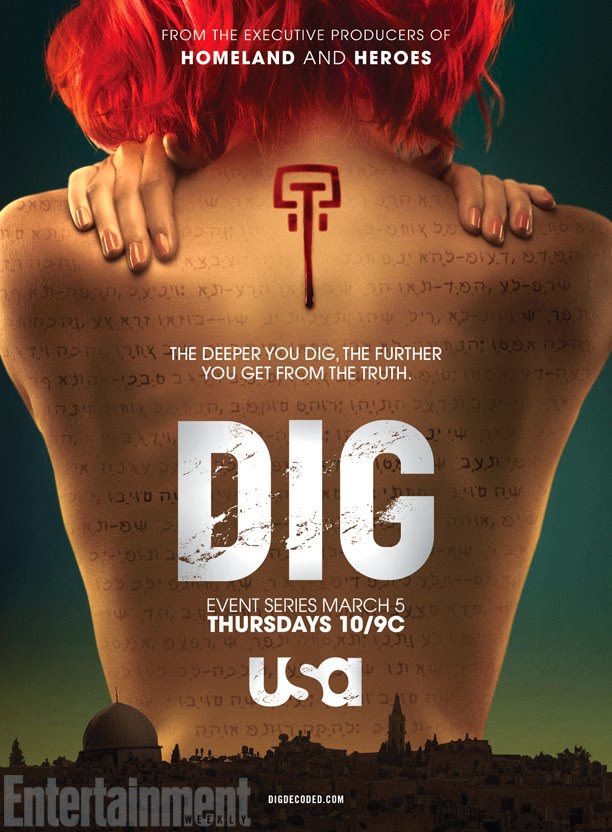 Miss me? I've been kind of busy nurturing a newish and amazing relationship while trying to direct a play that has had the dice stacked against it from the beginning (but which I am determined to bring into fruition if it kills me). But that's not what tonight's post is about.

Tonight, I want to talk about Television. Specifically Mid-Season Television. Mid-Season has traditionally been the time where the shows the networks weren't sure about were poised to take the place of the ones cancelled by the Holiday Hiatus. Lately, Mid-Season has become the place where the networks are more willing to gamble and experiment. Three very interesting new Mid-Season shows premiered this week and I have managed to catch - thanks to yesterday's snow day - two of them  ("American Crime" is still on my DVR, waiting to be watched).

First up was ABC's "Secrets and Lies," starring Ryan Philippe; Juliette Lewis; Kadee Strickland and Natalie Martinez and based on the Australian series of the same name. Philippe is house painter Ben Garner who, while out on an early morning run just before Christmas, discovers the body of a beloved 6 year old neighbor in the woods. His memory of events before his run are more than fogged from a night of heavy drinking (which followed an intense argument with his wife) and Ben is soon the focus of  what has become a murder investigation. Strickland (last seen on Shonda Rhimes' "The Practice") is Ben's wife Christy and Martinez ("Under the Dome" and "Eureka") is the boy's mother, Jess. Lewis (Cape Fear; Natural Born Killers) is the severe and intense Homicide Detective Andrea Cornell, determined to find justice for the young victim. The first two hours had as many plot twists and secret revelations as the season finale of last year's breakout, bat-shit insane drama "How to Get Away with Murder" combined with some powerhouse performances from the four leads and their supporting cast members. Directed by Timothy Busfield (who has a small role as a high-powered defense attorney), the two-hour pilot flew by, leaving this viewer exhausted by a roller-coaster of emotions. If you missed it, go OnDemand or to HULU or ABC.com and watch it, now! If you aren't as immediately caught up in it, I will email you a personal apology. Well-written and beautifully acted, "Secrets and Lies" is some terrific TV drama. **** (Four Out of Four Stars).

Next, I caught the extended premiere of the latest from "Heroes" creator Tim Kring, the USA network's apocalypse mini-series drama "Dig." Part police procedural and part supernatural thriller, "Dig" stars oddly attractive DILF Jason Isaacs (best known to American audiences as Lucious Malfoy in the Harry Potter movies) as FBI agent Peter Conelly on assignment in Jerusalem. His boss and occasional lover, Lynn (the questionably sane Anne Heche) is trying to help him get over the recent loss of his daughter. When a case involving a terror suspect and the murder of a young archaeologist (who reminds Ben of his daughter) intersect with an ancient prophesy about a red cow (yes, a red cow - it's in the Bible or something), the apocalypse is apparently nigh. Oh, and it has something to do with clones, maybe? It's deeply twisted, high-concept mythology and I adored it! The fact that my beloved Lauren Ambrose ("Six Feet Under;" Psycho Beach Party) is some sort of religious acolyte who seems opposed to what's going on and Angela Bettis (May; The Woman) is a murderous religious fanatic makes it so very much better. Fans of "Lost," "Fringe" and "Heroes" (Season 1, anyway) will probably love this show as much as I think I do. It is supposed to be a limited, 10 episode run. I hope they stay smart and keep it that way. It's nice to see an American series follow a European model, ala the original "The Returned." I hope the rest of the series is as insane and maddening and satisfying as the premiere. **** (Four Out of Four Stars)


I'm truly hoping that ABC's other much-hyped Mid-Season show "American Crime" is as good as both of these. I'll let you know.